Beautiful and very sad legend explains the reason Samarkand city was called like that. The story is about two lovers, boy and girl of the same age. The girl who was beautifully named Kant (“sugar”) and who was actually the princess met the boy named Samar and they eventually fell in love with each other. But when the reach and powerful father of Kant knew that Samar is coming from the poor family, he rejected the possibility of their marriage. Instead of this, Kant’s father killed the boy. When she knew her lover was dead, Samar killed herself by jumping off the castle roof. Overwhelmed with sadness of this story, people made a decision and gave the city a new name, dedicated to those young boy and girl. The name was Samarkand, and the legend of this love still lives.

In the world’s history Samarkand is like phoenix: it used to be destroyed by many invasions and wars, but survived every time to reborn from the ashes. The earth of Samarkand used to know so many exhausting battles, but the city is still standing, glorious, shiny and beautiful; and the history of Samarkand began more than 2500 years ago, marking every year with important events.

Once situated on the Afrosiab Mount, the city of Samarkand (its old name was Marakanda) grew in the very fast tempo, becoming the big city with bazaars and mosques. By the time invasion of Alexander the Great had begun, Samarkand was already well developed city with big population; crafts, culture and trade was on the high level. This flourishing town fell in ruins in 328 BC during the uprising against Alexander the Great, and that was not the last ordeal in Samarkand history.

Samarkand history in the days of the Great Silk Road 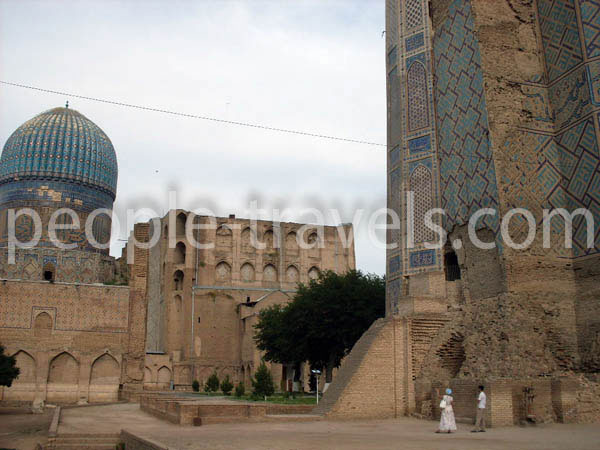 But luckily good geographical location was not only a curse, but also a gift for Samarkand. The city became very important for the Great Silk Road; it welcomed first Chinese as the part of the Persian (Achemenid) Empire and very soon naturally became the crossroad and the center of world’s trade. In the 16th century the sea routes connected Asia and Europe, so the importance of the Great Silk Road lowered. But in the world’s history Samarkand will remain the Heart of Silk Road for eternity.

The 8th century is very important time in the life of Samarkand city; it was conquered by the Arabs who brought Islam (that soon became main religion). There was an era of different nomadic invasions, the time when the Seljuks, Khara-Kitais and others tried to have the power. But only with the invasion of Mongols Samarkand knew what the real terror is.

For Samarkand history the invasion of Genghis Khan was an awful ordeal to come through. Hordes of this cruel man in 1220 destroyed the irrigation system, spoiled the water. All of the actions of Genghis Khan were nothing but an awful massacre that brought away thousands of lives. It was a biggest step back for Samarkand. But the city soon regenerated. Already in 1933 Ibn-Batutta who was very famous traveller witnessed that Samarkand is very large and also most beautiful city that he had ever seen.

But the real rise of Samarkand was in the times when Tamerlane came to power and made it the capital of his Empire which was really huge, widened up to Bosfor. During his campaigns in 1372-1402 best craftsmen and architects were picked up by Tamerlane and sent back to Samarkand for making it more beautiful. The streets of city were named like the distant cities on Tamerlane’s way. Tamerlane ordered to build up Samarkand with beautiful buildings; one of them is Bibi Khanum mosque, monumental and decorated with geometrical pattern. Another great structure Gur Emir Mausoleum was built before Tamerlane’s death and became the tomb for himself and all of the members of his dynasty, including Ulugbek who was one of the most popular grandsons of Tamerlane. The contribution Ulugbek made into the cultural and scientific life of Samarkand was priceless. He ordered to build Observatory, which was the most perfect observatory of those days. Ulugbek also, like his Great grandfather, brought many scientists to his city. 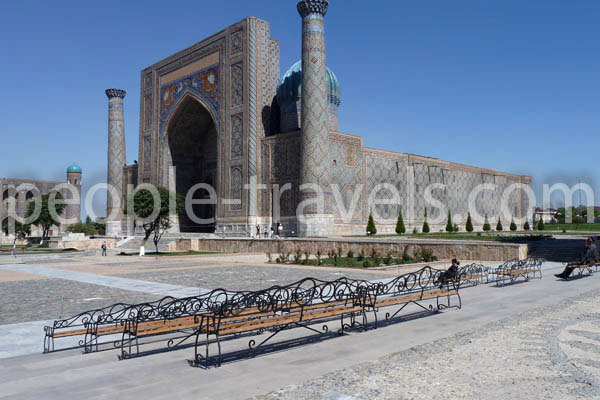 The 14th and 15th centuries were the times of great reconstruction of Samarkand, so-called “Golden Age” of this heroic city, immortalized in Samarkand history with the building the wall around Samarkand. New stone paved streets stretched along the city, new architecture ensembles were built.

During the period from 1929 to 1930 Samarkand had been the capital of the Uzbek Soviet Republic. Today Samarkand is in the list of oldest cities in the world, and also second large multinational city in Uzbekistan, center of culture and breathtaking architecture, marked by UESCO as heritage of humanity. This city is also the center of Uzbekistan tourism, attracting guests from all over the world.

To see Samarkand with your own eyes and to feel the spirit of ancient is so easy: just order the tour to Uzbekistan from Peopletravel Company! It’s time to make one of the most remarkable and exciting journeys in your life!