Samarkand: the most beautiful place of Central Asia

Samarkand is not only beautiful but also very important in historical aspect. Samarkand city is the second largest city after its “big brother” Tashkent. Like Tashkent, Samarkand once was the capital of Uzbekistan. Proudly standing right in the center of Uzbekistan, on the left bank of the Zarafshan River, Samarkand generously welcomes everyone wanting to know its unbelievable breathtaking story which takes the beginning in the earliest days of humanity.

Samarkand attracts tourists and scientists from all over the world with the stunning architecture, spirit of harmony, quietness and, of course, with many historical riddles and mysteries.

See all tours to Samarkand from Peopletravel

It is well known that such cities as Memphis, Rome, Babylon and Athens were the first centers of human civilization. But not everyone knows the fact, that Samarkand is as old as the cities above mentiones. For this reason Samarkand is called “Rome of East”. This city changed many names: it was called Marakanda once (middle of the 1st millennium BC), then renamed to Afrosiab. It was first mentioned in the 329th year BC in the scanty descriptions of those who witnessed the invasion of Alexander the Great. But scientists and historians confirm that Samarkand was founded long before this invasion of Greek-Macedonians and its history began much earlier.

Samarkand witnessed conquerors that brought bloody wars, but it resisted and rose, having become more beautiful and strong through the ages. The city soaked the culture and influence from the Sacs and Massagets, Greek-Macedonians, Mongols and Arabs. It absorbed only the best and survived. 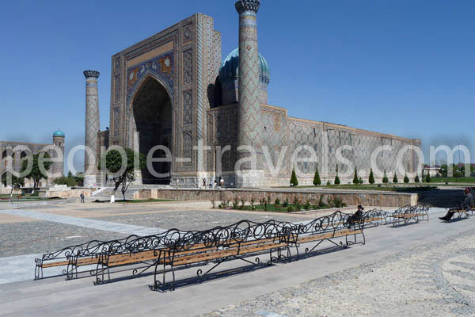 Undoubtedly, Samarkand reached the highest level of glory when it became the capital of the Tamerlane’s Empire, greatest state that stretched to Bosfor. Tamerlane created strong and fearless state which was indestructible in the political sphere, but he also never forgot about the cultural and spiritual parts of life. During the rule of Amir Timur all the best architects and scientists worked in Samarkand to make this city the pearl of Eastern world of Muslims. When Tamerlane died, the power of the Empire faded; it was split and divided between Tamerlane’s heirs. Ulugbek (Timur’s grandson), the most famous of the heirs, was a very peace-loving person. He ruled Samarkand and its surroundings for about forty years. During his rule the science was on the highest level, many famous scientists were brought from abroad, and Ulugbek himself was a good scientist and astronomer.

Golden Age in Samarkand history happened to be during the period of 14-15 centuries: city was renewed and reconstructed, encompassed by a defending wall.

Samarkand is the open-air museum: there is much to see and many places to visit. It is divided into old and modern pars of the city. And of course if you are visiting Samarkand, you should first pay your attention to the old city. This place is full of mysteries, filling every corner of every building.

Let’s start our walk from the Registan – the heart of Samarkand city. The name of this world famous square means “sand place” and was given to it because the square is standing on the earth where the river dried out many years ago. Ensemble of the Registan square includes three beautiful madrasahs (centers of education for Muslims): they are the 15th century Ulugbek Madrasah, 17th century Sher Dor Madrassah and Tilla-Kari madrasah. All three madrasahs together in one great graceful amazing ensemble will impress you a lot. 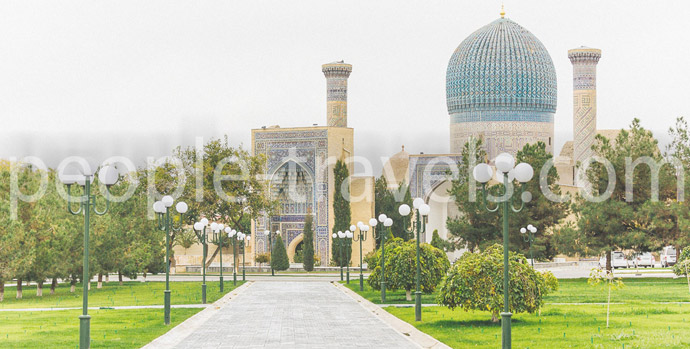 The next stop is mysterious Gur-Emir (the meaning is “grave of Emir”). This is actually a mausoleum for Muhammad Sultan who was a grandson of Great Tamerlane. Since the time it had been built, many Timurids (members of Tamerlane dynasty) were buried there. Gur-Emir ensemble includes several parts, but not all of them were saved from the relentless time. Some of them were reconstructed later, on Samarkand’s 660 anniversaries). Marble headstones and Tamerlane’s headstone (the only one that is made from nephritis) in the upper part of the mausoleum are in the great condition. There is an interesting exciting story regarding this place: the scientists, disobeyed the old men who told them not to disturb the ashes of Tamerlane by opening his grave (they told it will waken the spirit of war). The scientists opened and examined Tamerlane’s and Ulugbek’s graves. Some say this was the reason of many wars. 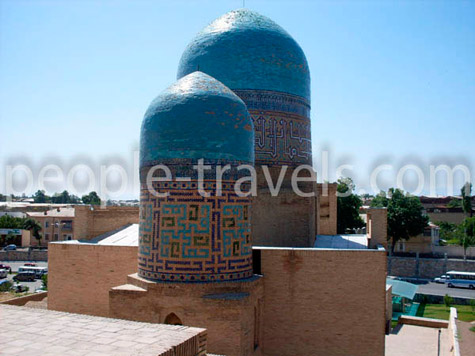 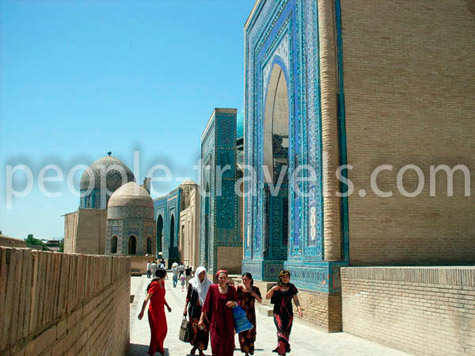 Another famous place is the Observatory of Ulugbek, one of the most interesting places during your sightseeing in Samarkand. It was constructed and built in 1428-1429 by Ulugbek. For those times this observatory was absolutely priceless and unique; it was the real breakthrough in the science of astronomy. It is hard to believe that this and all other observatories in Samarkand were built without using special optical instruments.

If you want to know and see more: Afrosiab museum, Shakhi-Zinda Burial Vault, Bibi Hanim and other historical places of Samarkand, you should go there and see everything with your own eyes. Historical and cultural heritage of this city will not leave you indifferent.

Read more about Sightseeing in Samarkand

Samarkand nowadays: what about new times?

Modern Samarkand is a unique city: it combines the spirit of modernity and old historical grace. UNESCO included Samarkand in the list of the World Heritage of Humanity. 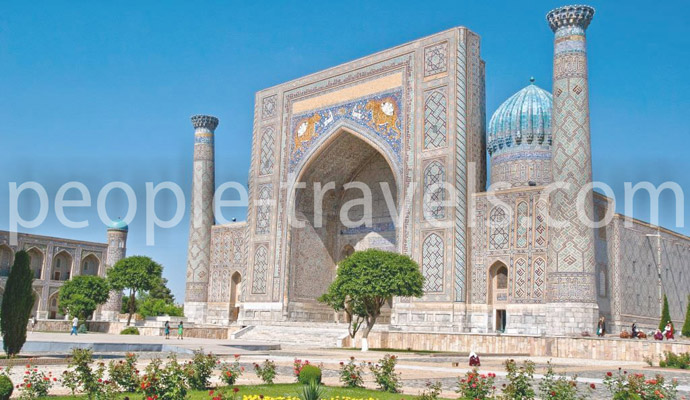 Samarkand has an access to the railroad network. The city is also linked with several major cities through the air. The automobile road's length is about 8000 km. There are a lot of educational centers, libraries, museums and theatres.

In El-Merosi theater, situated in the center of modern Samarkand, you can see colorful show, the demonstration of national costumes. The entrance is free, and it’s opened seven days a week, from 9 am -till 6pm. 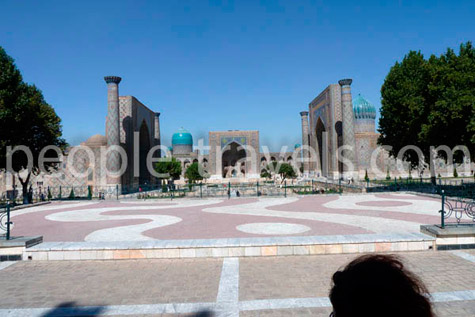 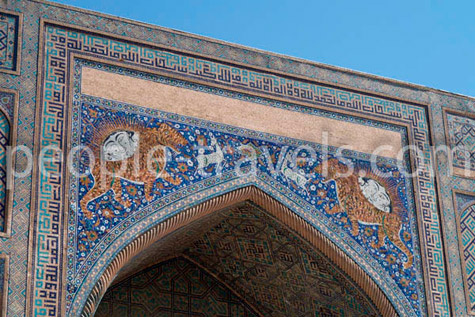