Uzbekistan is a wonderful corner of the world where you will find bizarre proportions united tradition and innovation, ancient and modern. This place one of those where you can meet representatives of almost any nationality: it is hardly one who does not fascinate architectural monuments of Tamerlane. Dip into this mysterious and fascinating world, you can go on those paths that go caravans of the Silk Road, stroll the bustling bazaars of Samarkand, Bukhara and Tashkent. Uzbekistan continues to be attractive for tourists from around the world today, because in this state has thousands of unique historical monuments.

Nurata district of Navoi region is becoming a popular destination for both domestic and foreign tourists. For the 6 months of 2012 the area visited by over 50,000 people, of which more than one thousand - foreign visitors.

Nurata attracts the interest of tourists the ancient land of Nur, which is considered the crossroads of the centuries, the historical treasure trove of discoveries. The main attraction is the Nurata memorial "Chashma" - a Muslim shrine, which includes a mosque Chilustun (IX century) and Cook gumboz (XVI century), which have been restored as part of measures to enhance the tourist appeal of the area. 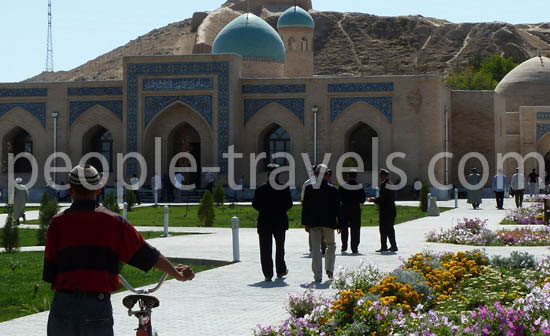 Major reconstruction has been subjected to the Local History Museum, located in the complex. The museum exhibited unique artifacts of the ancient period, the feudal middle Ages and modern Uzbekistan.

In the near future the list of tourist attractions Nurata replenishes the building of a public bath and a mosque Domallya (XVI century). Work on the restoration and reconstruction of these sites will be involved in staff History Museum, the Academy of Sciences of Uzbekistan and Samarkand Institute of Archaeology, with the support of regional and district administrations.

Nurata Sights. The part of the Great Silk Road

Other areas of tourism development in the area becoming Nurata local handicrafts and ecotourism. To date, the unique embroidery Nurata already recognized as one of the best brands in the national and international fairs. Very popular among tourists souvenirs from local marble, pottery. The potential for eco-tourism, in turn, linked to the fact that more and more tourists rather bored hotels and noisy resorts prefer wildlife and opportunities to live life to touch the local population.

The streets and mahallas that keep the medieval spirit. 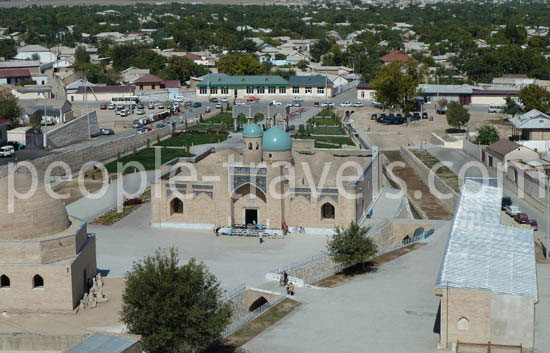 The streets can colorfully open history of Nurata than any historical monument. Thanks to street names it can be understood, who lived on them.

So, in the early twentieth century, the city had over two hundred mahallas, which united residential neighborhoods. Each quarter had a name, sometimes more than one. Alongside the official, who usually give the name they are neighborhood mosques, and others were used to reflect the composition of the population, or natural features of the quarter.

For example, a quarter of Mullah Mohammad Shamsi, named after the man who built a mosque on the money, popularly called "Sharshara" - "Waterfall", since the ditch is flowing water has a small threshold.

Nurata became home to different nationalities, moved to the city throughout its history.

Sentob village (also Sentyab village), located in 30 km. from the Aydarkul lake, can become the place of being alone for those who is tired of city vanity.

There are many wonderful and unique reserves. Everything, including mountains, rivers, trees and animals live their special natural life. Very often this land of plenty is located in the area where the foot of man has never trod.

To the East from Jizakh till Navoi city in the West, to the North-West from Samarkand, for more than 170 km. mountain range, called Nuratau mountains, is stretching. Nuratau mountains in Uzbekistan belong to the Turkestan range, which starts in the depth of the Kyzyl-Kum desert.

Nurata city is an open-air sunny and comfortable museum. Nurata is the momentous religious and tourist center, and its occurrence is linked with the appearance of a fortress Nur, founded by Alexander III of Macedon in one of his subjugations.

Yurt is a mobile home of nomads that is made of felt. It is easy to assemble and disassemble, convenient to transport by camel, horse, in the summer it protects from the sun, and in the cold - from rain and snow. At the top the yurt has a hole that creates cravings.

One of the most popular attractions of Nurata is Lake Aydarkul. It is located in the north of Uzbekistan and includes three sources. You will be amazed by this fresh water lake.

Among the Muslim shrines special place occupies a holy mineral spring Chashma, which is located on the outskirts of Nurata.