The history of this ancient city has two goals. This is truly an ancient monument has been preserved to this day.

The political history of Nurata filled with numerous conquests of the neighboring countries and internal feudal strife. First of all, Khorezm waged fierce war against the Khanate of Bukhara to establish its rule across Central Asia. In turn Bukhara also sought hegemony in the region and was fighting with the Nurata Khanate. At the end of XVII century Khorezm was temporarily attached to the Khanate of Bukhara.

And the history itself begins with the campaigns of Alexander the Great to the land in the 3rd century BC. The conqueror succeeded in all these victories because his father Philip created modernized army, which was at that time one of the best in the world.

Covering Iran and Central Asia, the Empire of Persian ruled by the sovereign, who was called "Lord of the Kings", "Great King", "King of the four parts of the world" and the "King of all". For centuries before Alexander, the Persians reached the highest peak in the development where all men were soldiers.

The ruling Achamenid dynasty in Central Asia believed that the government imposes on them the obligation to be the benefactors, giving them prosperity. In practice, it led to the softness in the management of the newly annexed lands, ease policy of the central government. Therefore, Alexander the Great, managed to conquer the Persian lands.

One of the state associations in Central Asia was the Khanate of Nurata. Formation Khorezm as an independent state is connected with the name of Khan Ilbarsa (1511-1525) - a descendant of Jochi. At the beginning of XVI century, the head of state were Hans, who came from the Dasht-i-Kipchak. Khorezm became an independent state and was named the Khanate of Nurata. Khorezm was difficult to keep the unity of the state association, despite all the efforts made by the supreme rulers. Although all land in the state and were considered the property of Khan, but members of the Khan's house, owned by different cities and regions, in fact did not recognize the central government. Each of them, on the basis of its armed militia, to defend its independence and to increase holdings often attacked its neighbors. Frequently the supreme authority was forced to reckon with the rulers of sovereign territories.

However, in Nurata, where there was a strong tribal know Khan was forced to make a significant political concessions to local lords. Khan along with appointed vizier and kushbegi, there were tribal elders. Of tribal nobility appointed atalyk and otherness, is also located under Khan. Khan's treasury was administered by special treasurers.

The territory of the Khanate to the middle of the XIX century was extensive, its boundaries are not fixed and varies depending on the political situation within the country and in neighboring countries. Geographical position of the Khanate was its almost complete isolation from its neighbors. By the middle of the XIX century population reached about 900,000 inhabitants. More than a quarter of the population khanates were Turkmens, the rest of the Kazakhs and Karakalpaks. Uzbeks in Nurata were divided into separate tribes (Kungrad Nyman, Kyat, Kipchak etc.). Expansion of domestic and foreign trade, the gradual development of commodity-money relations led to an increase in the Khanate of currency, coinage. The composition of the monetary supply was different. Money circulation is complex. Value of money and the rate varied not only between the three khanates, but also between different areas of the same khanate. 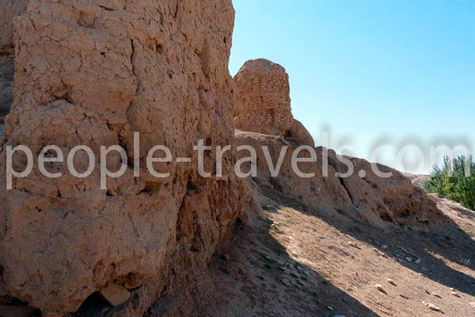 Social relations in the khanates in XVIII - first half XIX century determined the then-prevalent feudal social relations and the influence of Islam. Feudalism the peoples of Central Asia has been closely intertwined with the remnants of tribal communal system. Patriarchal features particularly long remained among the nomadic population. One of the features of feudalism in the Khanate was the preservation of slavery. The feudal nobility during trips to neighboring countries captivated many prisoners, who became slaves. Slave labor was used in wealthy homes, field work, and the construction of irrigation systems.

Great influence in all spheres of life in the Khanate continued to have the Muslim religion. Islam, the Arabs brought to Central Asia, gradually merged with the life of the local people and absorbed the rich cultural traditions of the region. Developed a whole system of ideas it went beyond religion and began to define the cultural and historical processes. Islam has become an integral part of the spiritual heritage of the peoples of Central Asia. 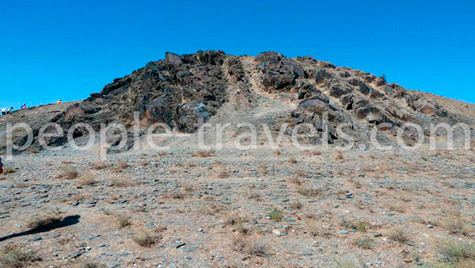 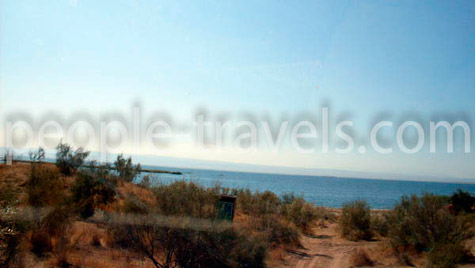 The modern city is a wonderful combination of ancient and modern architecture. Its harmony of forms creates a unique image of the city, whose history dates back several thousand years.

Nurata fascinates with its mystery and sophistication, the fact that there is nowhere a harmonious mix of modern and conservative spirit. Here you can immerse yourself in the world of Asian music, walking among the streets, visiting many museums and ancient monuments and try to feel the spirit of the medieval East. You can experience the atmosphere of huge structures, palaces and see the modern Asian city with ancient history.