Nur fortress is a historical monument of antiquity, which is located near the sacred spring "Chashma" in Bukhara. The chronicles mention the old name of the fortress "Nuri Bukhara" that literally translates as "Light of Bukhara."

According to historians, the fortress was built many centuries before our era. The first mention of the fortress dates back to 329-327 BC, when during the invasion of Alexander the Great the castle was rebuilt and its length was increased by 22 km.

Nur fortress is now located in countryside to the northeast of Navoi city. The ancient monument is located on the northern slope of the western spurs Nuratau ridge and on the caravan route connecting Zarafshan valley with the main cities of Bukhara and Samarkand and areas of southern Kazakhstan. 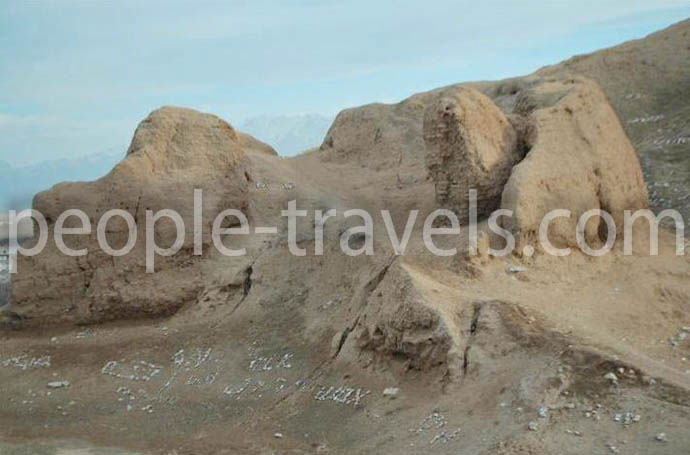 It was a border fortress and a large village on the border with the steppe, an important trading hub and military-strategic point, protected by powerful fortifications. Ancient fortress on the south rises above the city, under it there is a spring and pond, which is now absorbed by modern urban neighborhoods.

The ancient oasis of Nur was surrounded by a defensive wall. It had only one entrance on the north side against the city gates. Its remnants can be seen on the maps in the mid-twentieth century.

At the beginning of 1220 to this fortress came army of Genghis Khan. It was so unexpected that residents took over the Mongols in the darkness of the night as arrived caravan. In later times Nur remained a gateway to Bukhara. Through it passed the troops of Amir Temur and other rulers, and in times of peace - caravans, ambassadors, travelers. 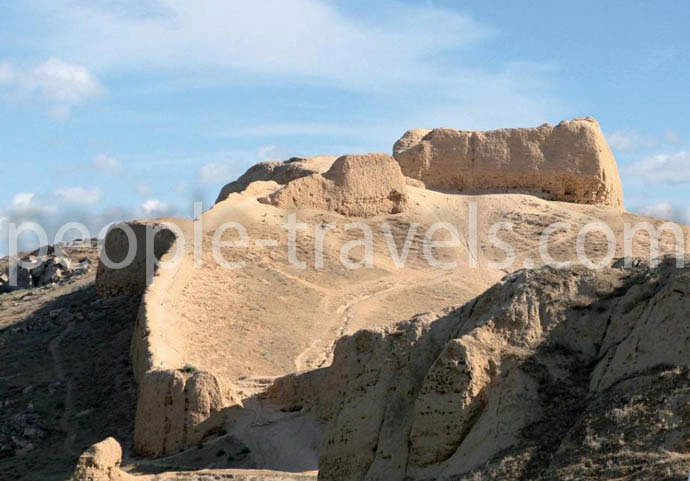 Prior to the beginning of XX century Nur was a border with the steppe trade and craft town with a powerful fortress, where sat a protégé of Bukhara Emir.

The main street of the city was a covered with market, surrounded by rows of trade and craft; there were also numerous caravanserais where merchants stayed with the goods. The area of the city consisted of four densely built-up parts, each of which consisted of small blocks.

Being historical monument of antiquity this unique fortress attracts numerous visitors though out the world.