Navoi International Airport is one of the fast emerging airports in Central Asia, constantly improving new standards of production efficiency.

Navoi Airport is conveniently situated in the heart of Uzbekistan and Central Asia.

Taking into account its geographical advantage and the support of Uzbek government, now it turns into the most competitive regional center of logistics, connecting Europe with Asia.

Navoi Airport is more than 50 years. It was built even before the devastating earthquake in 1968.

Navoi International Airport started its work in 1962, and in 1992 it became a part of «Uzbekistan Airways» Company. Navoi Airport launched a complete renovation in 2007. 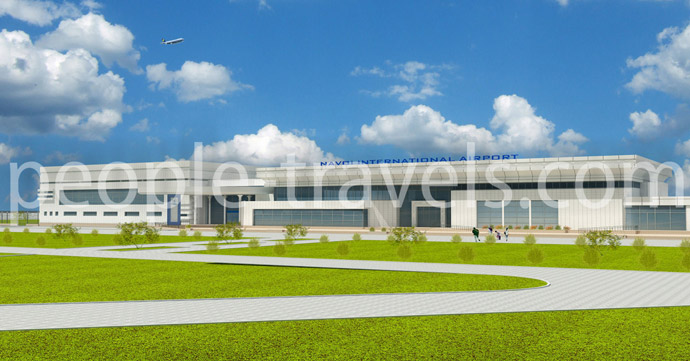 Navoi Airport in Uzbekistan got the status of the international airport in January, 2009. And it is fully meets international standards and requirements for such type of structures.

It is proposed to extend the international business between Europe and Asia, and re-creation of the Great Silk Road, which is used for wellbeing of countries around the world. However, unlike its predecessor, the "New Silk Road" will combine land, rail and air travel making it really comprehensive.

Navoi Airport will play a significant part not only in the framework of macroeconomic transport environment in Asia, but also in improving life quality and its regional economy, directly entailed in the creation of state wealth.

At Navoi International Airport there are the following rooms of heightened comfort: «CIP», «VIP» and the waiting space for maintenance services of the passengers.

While visiting Navoi Airport you can look in one of the introduced cafe, restaurant or bar where you can while away your time.

The medical post of the International Airport of Navoi is in the passenger terminal hall. The medical staff is ready to give first aid at competent level at any time.

Peopletravel Company by-turn is eager to arrange tours to Uzbekistan for you. For this you have to connect with our agency’s managers, and dwell upon  the most appropriate itinerary for you.

Our company also concerns with the comfort of your movement daily providing the most current offers on Uzbekistan domestic air tickets, as well as transfer services.