This mausoleum is located in Navoi and being one of the most popular places of the region it is dedicated to the religious inheritance of Central Asian states.

Khoja Hisrava was known as an educated and very astute person, a preacher of Islam. Until the end of his life he adhered to the doctrine advocated Naqshbandi (Sufi Tariqa, named after one of his famous sheikhs Bahauddin Naqshband, whose mausoleum is located in Bukhara and is a popular place of pilgrimage).

According to some reports Khoja Hisrava lived in the XIV century and communicated with Bahauddin Naqshbandi. Until his death he remained a supporter of the teachings of the Naqshbandi, for which he earned the respect of local residents who eventually perpetuate his memory.

It is known that he was born in Samarkand, and lived in the era of Mavlono Orif Deggarony. When you move to Bukhara forever remained in the Pocket (Karmana district of Navoi). 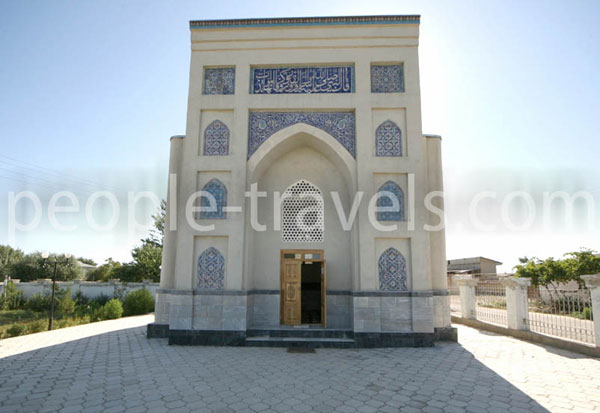 Khoja Hisrava was buried in the south-west of the mausoleum of Sheikh Qosim. Has been installed tomb beside it - a mosque, which could serve at the same time as place for praying to a thousand people.

In Regional Museum of Navoi, just behind the deep channel there is an old district - mahalla. On the way, it can be noticed the memorial site - a small enclosed monument carved in marble. In those days there was a cemetery, which was destroyed in the 20th century. 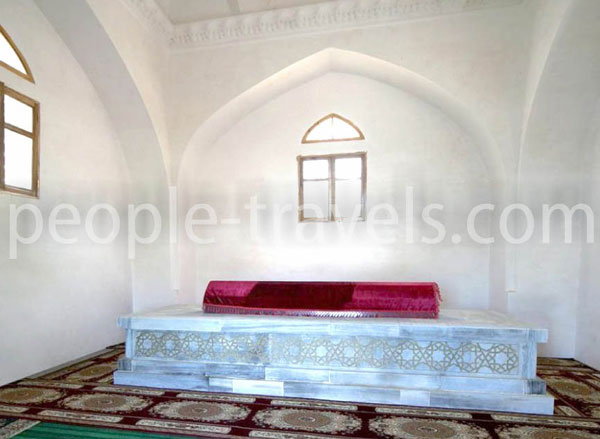 Along with it was razed to the ground and destroyed the Mausoleum of Khoja Hisrava. However there remained his tombstone on which was restored mausoleum – that was discovered only with modern engineering technology.

This small mausoleum is bordered on one side of a deep channel, and on the other - private houses. The ground of the mausoleum is surrounded by a beautiful metal fence. The building itself is a square in the perimeter of dome construction with the entrance portal is partially decorated with glazed tiles with patterns.

The building's interior space is a symbolic marble tombstone with Arabic inscriptions. Here come the pilgrims that want to get acquaint with the holy sites of towns and villages of Uzbekistan.