Flint mines of Uchtut are located 20 kilometers north of the city of Navoi. Flint Mines will consider are a testament to the fact that people began to develop Navoi region with the Paleolithic era. On the territory of flint mines were found many small tools of Paleolithic era.

Flint mines are the oldest monument of human life, which is located in the mountains of Karatau Navbohorskiy district of Navoi region. According to archaeologists 200-100 thousand years ago Neanderthal (paleantrop) mined in the area of silicon. It is known that by the end of the Iron Age ancient people hunted this fossil on the southern part of the Karatau Mountains. 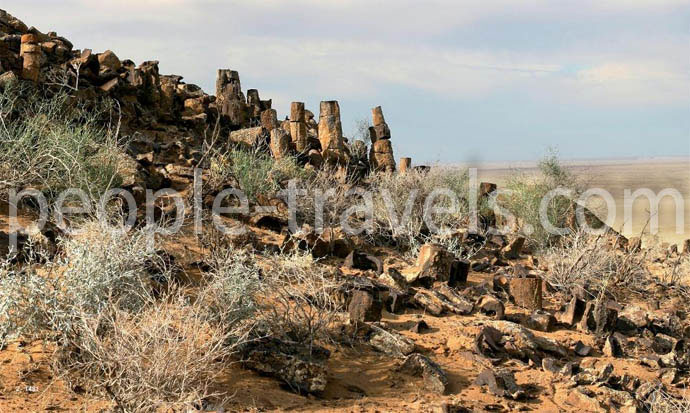 This field has been called due to the small village, which is located just below the field of silicon. Initially, for the production of this fossil people used large river pebbles that was used as a bump. Thus obtained silicon was of low quality, dry, and rapidly cracked during extraction. Already in the late Paleolithic primitive people began to dig certain breed of the wooden sticks, and then used hoes getting wet silicon. Hoes were made of hardwood and Bukhara deer antlers.

As early as the Neolithic old man begins to dig mines for production of silicon. Mine had a few branches and branched out in different directions, often at the same mine were connected by corridors. 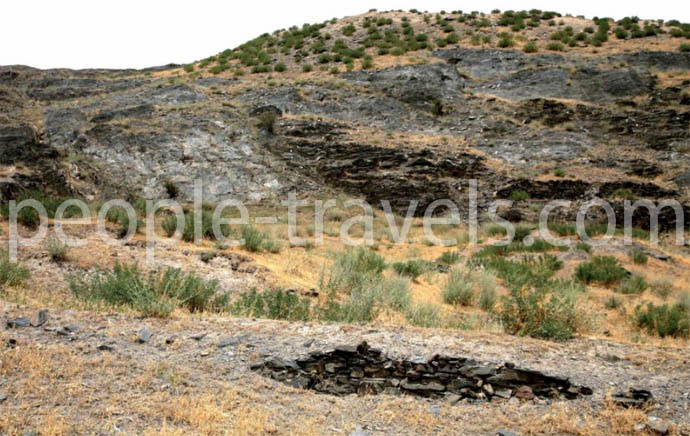 On the territory of Uchtutskiy field was found set of stone tools that are similar to tools Kaltaminarskiy culture (Neolithic culture of hunters and fishermen which had been circulated in 7-4 millennium BC. E.)

At present, scientists have studied the ancient mines 48 deposits will consider. All mines were discovered about 8000 holes excavated by silicon (silicon nodule). The average weight of nodules which are extracted by primitive people is 35-45 kilogram.

Thus, the field will take into account with its mines was a unique primitive industrial center counterparts, who was not in the whole of Central Asia.