The most famous ruler of Bukhara, lived in a country palace Chorimgar-Chorbogh is the ninth Emir of Turkic dynasty Mangits Abdullahad Sayyid Khan (1885-1910), he ruled the state for 27 years.  It is known that the Emir was very fond of this palace. 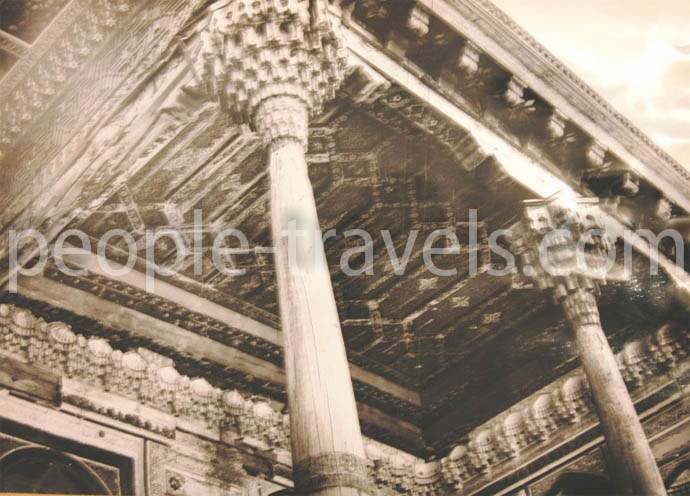 This historical monument was destroyed several times, resulting in was reconstructed several times. To the present day on the territory of the palace remained a large garden House small size, as well as the room which is alleged to have been used as a store room (warehouse).

Palace Chormgar-Chorbogh can be called as a harem of Bukhara emirs, which was architecturally unique. Harem is consisted of a two-story courtyard, and from the north-east and south-west a one-storey building surrounded by a courtyard of built up on all four sides of buildings.

The main room of the palace is considered as a huge hall with stained-glass windows and gorgeous quince (space that is enclosed by walls on three sides, and on the fourth side is left open), located in the south-east. Entering the courtyard of the harem, you will see beautiful quince on four wooden pillars with a very rich decoration of walls and ceilings. 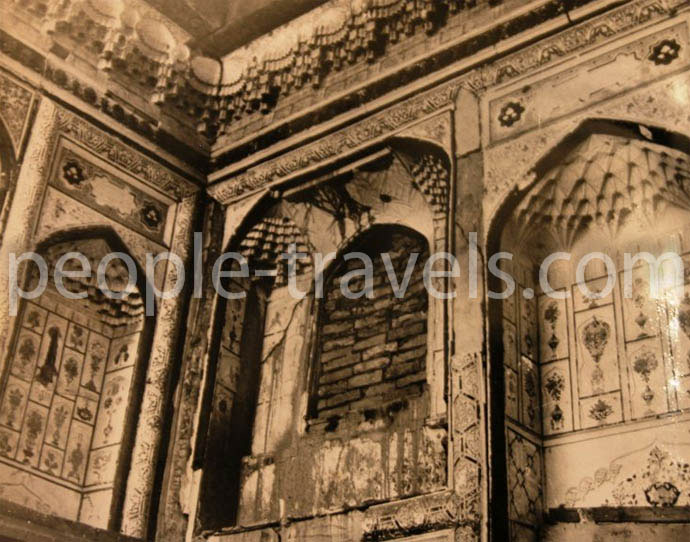 Special attention is given balcony, located in the south-eastern side of the room, a mezzanine with six columns. This balcony was a favorite place of Bukhara rulers. There is a beautiful view of the hall where the emirs with great interest watched the dance, which performed oriental beauties.