One of the most ancient Sogdian urban areas

Burkuttepa hill fort is very ancient historical monument, located in the eastern part of the Navoi city. The archaeological excavations that were conducted by the Institute of Archaeology of the Academy of Sciences of Uzbekistan determined that it is one of the most ancient citadels in Central Asian region.

At present days, there is no evidence about preserved ancient archaeological sites that would indicate the date of the settlement. The main reason is complicated historical fate of the citadel and other historical monuments that had disappeared as a result of unexpected circumstances. To this day, fortunately, the ruins of  Burkuttepa miraculously survived and preserved part of the city helped to establish the date of its foundation. 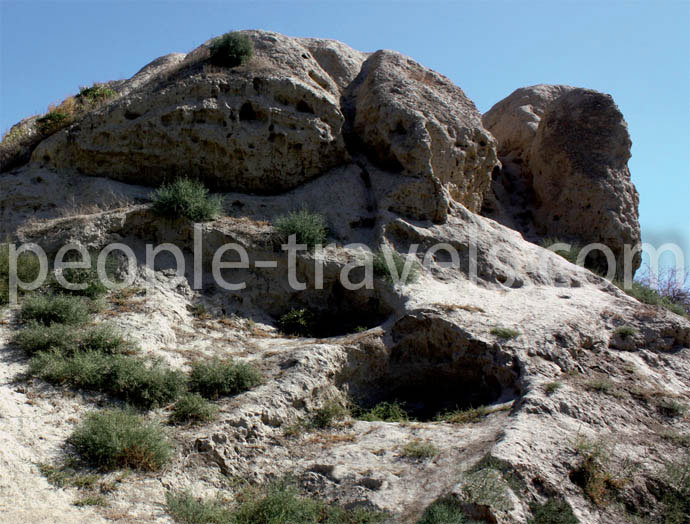 In the course of excavations were found the following archaeological materials: fragments of boilers, bowls, hums, pans (broiler), pots, jugs, and other utensils. It has been found that such utensils used by people around in IV-III centuries BC.

Among them were found one whole hum with a height of 90 cm, bottom diameter of 30 cm, the diameter of the body of 75 cm, and diameter of the neck of 60 cm. Therefore, the archaeologists have established the approximate age of Burkuttepa, ancient fort was built in IV-III centuries BC.

So, as a result of archaeological research of the Burkuttepa settlement confirmed the assumption - it is one of the most ancient Sogdian urban areas. It is known that the founders of the settlement were settled here tribes, later called "karmanintsi." For example, in IV-III cc. BC, and perhaps earlier, on these lands the settlers began to build their primitive dwellings - huts.

It should be noted that the lower layers of the earth, that is the foundation of settlement that corresponding to the occurrence of similar settlements in such ancient places as Paikend, Bukhara, and Ramish Varakhsha. And the top layers of settlement are similar to most major urban centers of central and southern Sogd.