Modern Navoi city is buried in verdure of gardens, squares and parks. The city is distinguished the original architectural building. Gallery and sectional houses are erected here. There are many fountains and green planting are everywhere.

So, one of the famous and favourite places of rest among townsmen is Alisher Navoi park. 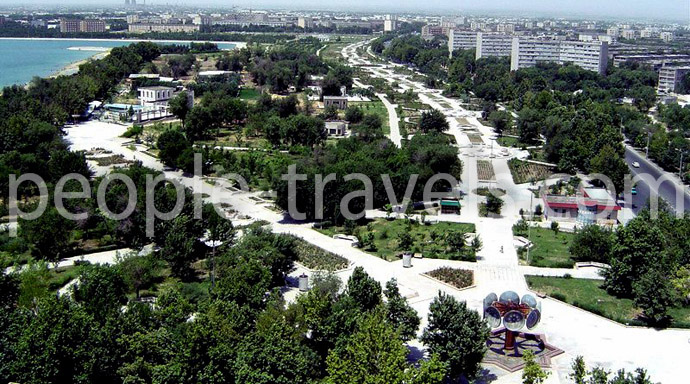 Initially, Yujniy park (Southern park), the area of which is 16 hectares, was built.

Not long ago Severniy park (Northern park) had been constructed. This park is bigger than the Yujniy park, and it is named Alisher Navoi park. Its area is 70 hectares. In the center of Alisher Navoi park there is the artificial sea, the water area of which is more than 20 hectares.

In the middle of the alleys there is a stadium, open swimming pool, summer and winter cinemas.

It is very convenient to book a tour to Uzbekistan and visit Alisher Navoi park in Navoi with Peopletravel Company. Our managers will make your stay comfortable and unforgettable.

Be in a hurry to travel to Uzbekistan! Get much positive and pleasant emotions.