Hoja Amin Mausoleum is the most famous madrasah of Namangan that reflects all visual environments with photographic accuracy and keeps the history of many generations.

It was constructed in 18th century and is considered as one of the largest one and with amazing history. Among people it is known as “Hojamning qabri” (Tomb of Hoja). 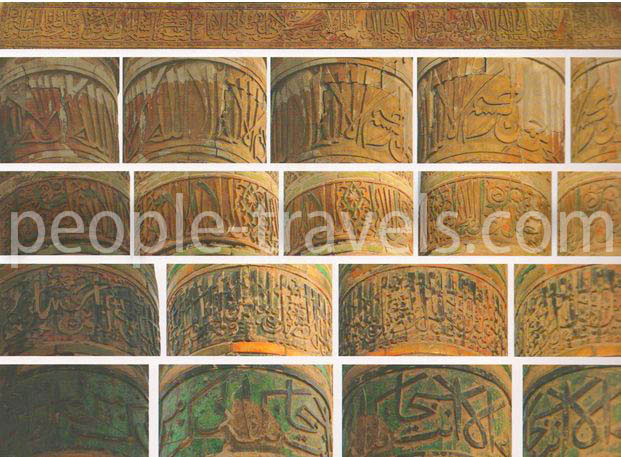 By local legends Amin Hoja was buried here, a descendant of the famous Tashkent sheikh Khavand Takhur (died in 1355). The dome and facade of the tomb was built during the second half of the 18th century.

The side facades are decorated with arched entrances. The main portal of the building has a non-traditional elongated shape. Thanks to its location, as well as the presence of a large hall with good acoustics, Hoja Amin Mausoleum was the center of cultural and religious life of Namangan for many centuries.

Magnificent ensemble keeps the mystery of a long history of our country continuing to recreate images of Medieval.

Medieval geographers wrote that this complex was considered as unique artifact of the Middle Ages because in this architectural ensemble can be observed remarkable for that time mosaic patterns.