Akhsikent is the ancient settlement that can be found near the village Shahand in Turakurgan district of Namangan region. It has more than 2500 years of history. Scientific excavations were carried out exploring the city in the 60th years of XX century. Recently Uzbek Academy of Sciences held a great research and results became valuable sources for archeology and preserving the national heritage. From the works of al-Tabari we know that at the beginning of VIII-IX centuries in Arab chronicles there was another name of Akhsikent - Ferghana. All this is confirmed by archaeological materials.

During the reign of Samanids (IX-X centuries) Akhsikent had been developing as a political, social, economic center of the Fergana Valley. 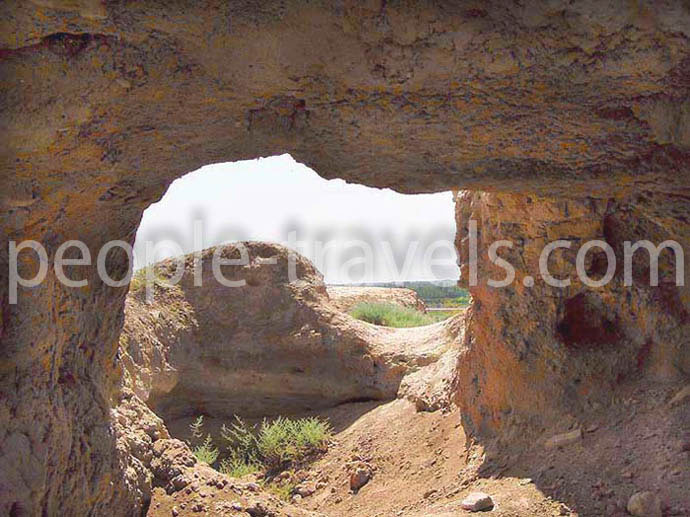 On the eastern side of Akhsikent was found a mosque belonging to X-XII centuries. This mosque has a rectangular shape, decorated with carved pillars that demonstrate unique motifs of national architecture.

At the beginning of the XIII century, the country was attacked by Mongolian nomads trampled and left Akhsikent in ruins. However, in the second half of the XIV century the settlement began to recover. New town was consisted of well-fortified citadel, in which was constructed inner city - Shahristan, surrounded by thick walls.

Timurids, especially Umarshaykh put a lot of effort to revive the city. He proclaimed it as the capital and increased the power of the city. History revival of the city perfectly described in the book "Baburname." 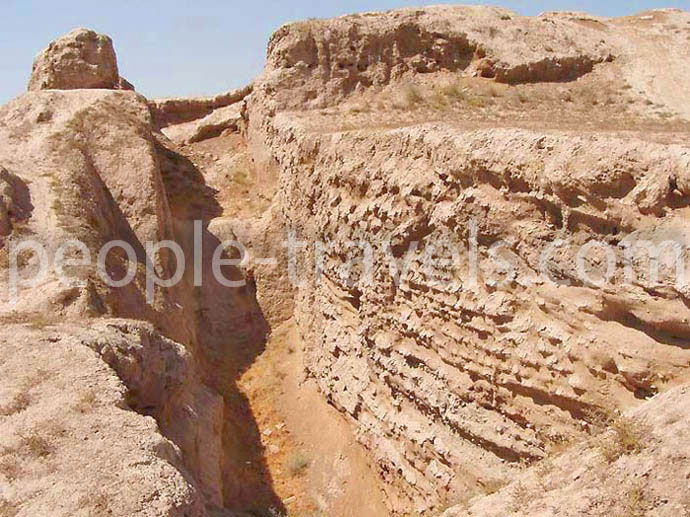 But, unfortunately, in 1494 Umarshaykh falling off the ravine into the river drowned. Immediately began a struggle for the throne. Young Babur could not hold on the power and left Akhsikent. The rest of his life he lived away from home.

Akhsikent was a real a Paradise of the Golden Valley that keep impressive significance of the national inheritance of our history. It should be noted that whole settlement is considered as an open-air museum and treasure of Ferhana Valley is preserving the invaluable sources for the study of the past.