A special place in the cultural life of Kokand belongs to the museums. There are seven museums in the city.

Kokand Regional Studies Museum was opened in 1925 in the residence of the local ruler Khudayar Khan (the eleventh governor from the Uzbek dynasty of the Mings in the Kokand khanate). 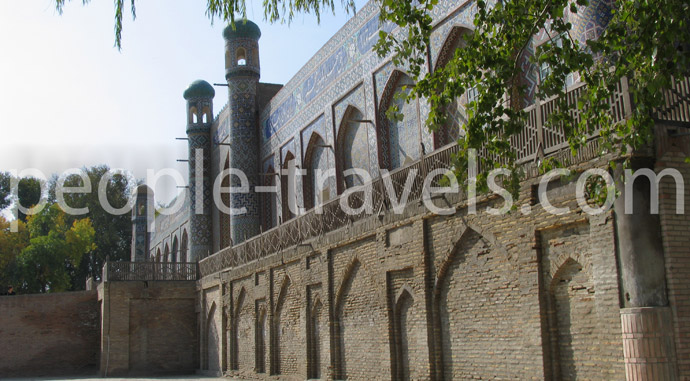 1875 was the last year of the reign of Khudayar Khan, he was forced to flee. So he went to Tashkent with thirty boxes of gold and jewels of the khan's treasury. However, when the caravan arrived at the residence of the Russian Governor-General of Turkestan and Khan gave him the seal of the Kokand Khanate, only a small part of the treasure was remained. There were various rumors regarding treasures: whether the Cossacks looted gold of Khudayar Khan, or Khan himself secretly ferried his fortune in Afghanistan. Whatever it was, in our time there are several major museums offering unique exhibits from the Kokand Urda. For example, in St. Petersburg at the Hermitage there is a throne of Khudayar Khan, which is beautified with gems.

Khudayar Khan Palace, erected in 1871, was the seventh Khan's palace and it might surpass all previous palaces in size and magnificent decoration, claiming the might of the Kokand ruler. Indeed, the building occupied the space of 4 hectares, had 138 meters long and 65 meters wide. The palace was grasped on the three-meters platform and the ramp led to the main entry. On the portal between the towers above huge carved doors there is an inscription in Arabic: "Great Said Mukhammad Khudayar Khan." Khudayar Khan Palace was surrounded by a beautiful carved railing. On the right wing the faceted minaret was built. The minaret was lined with ceramic tiles, imitating coloring of Fergana silks.

The construction of this majestic complex, consisting of seven small courtyards surrounded by edifices, was managed by the architect Mir Ubaidullo. Best masters from different towns of the Ferghana Valley participated in the finishing works, and craftsmen from Rishtan (ancient ceramics center) completed ceramic tiles for the decoration of the front. Totally in the palace there were 119 rooms, adorned with openwork gunch, ornamental tempera painting and gilded cornices, cast in plaster. The throne room and reception were the most ornate, here housed the exchequer, treasure house and arsenal. There was a special room, where Khan worked judgment on his nationals. In addition, in Khudayar Khan Palace there were personal chambers of Khudayar Khan and his four wives. The richly decorated rooms were set aside for his children. In one courtyard there was the harem, where forty concubines lived. Small rooms were inhabited by numerous servants, served the palace. 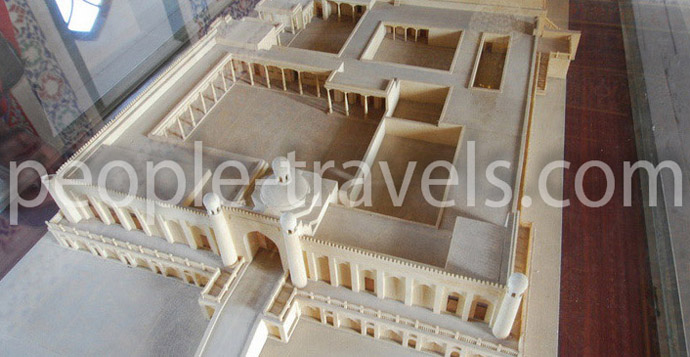 Many years later, the internal design of the former Khan's palace underwent significant changes. From its former magnificence there are only two patios and 19 rooms, in which Regional Studies Museum of Kokand is located.

Kokand Regional Museum history is very rich. At first it served as the residence of Khan, but with the arrival in the city the imperial troops in 1876, the Khanate fell, and the palace became the place of location of the Russian garrison. The Orthodox Church took the throne hall. The events of the October Revolution resulted to the fact that the government "Koshchi" (Union of poor farmers) firmly established in the palace.

In 1924 the agricultural exhibition of Fergana region was opened, and a year later it was concluded to create the Kokand Regional Studies Museum on the basis of the exhibition. During the Great Patriotic War the museum was remodeled into a hospital, but later returned to its normal life.

Near the entrance of the Kokand Regional Studies Museum guests are welcomed with two cannons of the time of Russian Empire capture. The palace is subdivided into six departments. Each section contains exhibits of nature (flora and fauna) history of modern history, arts, scientific research, as well as the museum funds. Inside the visitors can contemplate the unique architecture of Kokand - minarets, elaborated with painted patterns, carved doors, patterned ceiling plexus.

Kokand Regional Studies Museum has more than 30 thousand different items, and each of them is a clear confirmation of the unusual and eventful history of Kokand, its art and original culture.

A special attention is paid to the collection of manuscripts and unusual lithographic editions. Since the XVII century the city has been known as a core of the production of Kokand silk paper. Books written out with the amazing script of the Kokand calligraphers had a high value.

The main value of the Kokand Regional Studies Museum is the Koran with the personal seal of Khudayar Khan, as well as various documents during Khan’s reign.

The collection of fine arts takes a special place among the museum collections of Uzbekistan. The uncommonness of the collection is in its time range in which the works of masters of Western Europe, Russia, Uzbekistan, from the 17th century to the present day are presented. 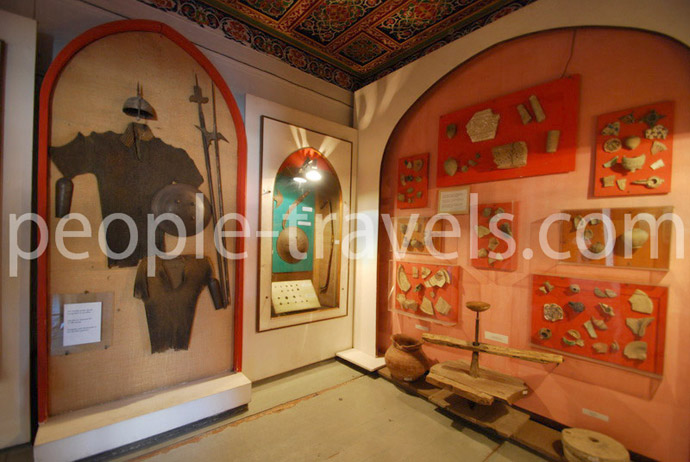 While visiting Kokand Regional Museum you can observe two rooms, which are directly connected with historical events, are also considered to be unique. They are Khan's room, in which the furniture is placed and a room with stuffed animals.

In 2010 the Kokand Regional Studies Museum was 85 last anniversary, and it is considered the significant museum in Uzbekistan.

Having visited the Kokand Regional Studies Museum with Uzbek tours of Peopletravel Company, you will know much cognitive and interesting.