One of the attractions of Kokand is Kamol-Kazi Madrasah, built in 1830-1832 in the classical traditions of architecture of Kokand.

This small in size building is located in the west of Jami complex.

The Madrasah of Kamol-Kazi in Kokand was significantly renovated in 1913. During the Soviet period it was closed, then opened, then closed again. In the middle of the XIX century Kamol-Kazi Madrasah was the Muslim institution of higher education for the children of the local nobility.

Now the building functions as a museum. 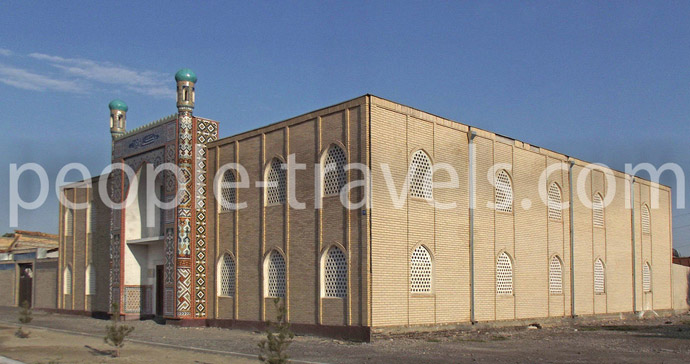 The Madrasah of Kamol-Kazi consists of a hall for lessons (darskhana), crowned with four-sided dome, single-storey dwelling rooms for students (hujras) surrounding a square courtyard, the area of which is 400 square meters., and the iwan mosque on four pillars.

Built of brick, the complex of Kamol-Kazi differs with severity and laconism of forms. The front trim is present only at the entrance portal framed by two cylindrical towers and decorated with geometric majolica, colored tiles, Arabic script and dome lights.

The dome of Kamol-Kazi Madrasah was built in the form of Central Asian skullcap and covered with square sheets of copper and other metals. 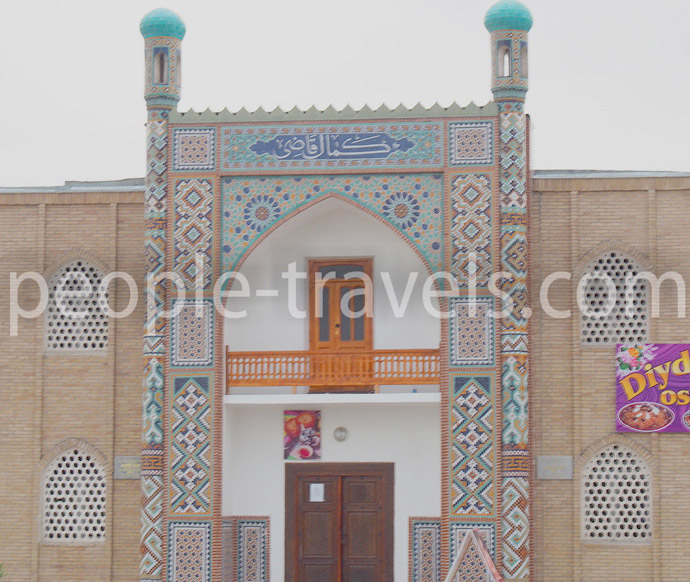 Gunch (mixture of gesso and clay) and hand painting decorate the interior of the Madrasah of Kamol-Kazi in Kokand.

The small pattern of colored tiles of work of Usto Sadi Mohammad Kari, painted ceilings by the master Umardjan, located in the courtyard of the mosque, bring the architectural design of the building to an elegant decorative style, appeared in the arrangement of Kokand mausoleums

This unique creation of ancient architecture fascinates with its beauty and specificity. To see the monument is possible while watching the pictures of Kamol-Kazi Madrasah. But it is better to visit this ancient city and personally assess its eastern beauty.

Peopletravel Company will help you in compiling the tour to Uzbekistan, including visiting Kamol-Kazi Madrasah in Kokand.