According to Avesta - a historical document of Zoroastrian - ancient region of Khoresm has great state and great spirituality. For more than a hundred thousand years the Zoroastrian religion had been transcribing and translating, and passed from mouth to mouth, so do not be surprised how the ancient teachings of Zoroastrianism reached our days and what a huge impact it had on the development of world culture.

Followers of the religion are now living in Bombay (India) and its surroundings, are called Parsis. Therefore religion is sometimes called the Avesta Parseeism. Iran has remained a small amount of fire-worshipers, contemptuously referred to as Muslims Gebre. Many of the ideas and concepts of the Zoroastrian culture had a significant impact on the culture of Central Asia, in particular on their religious beliefs and art. 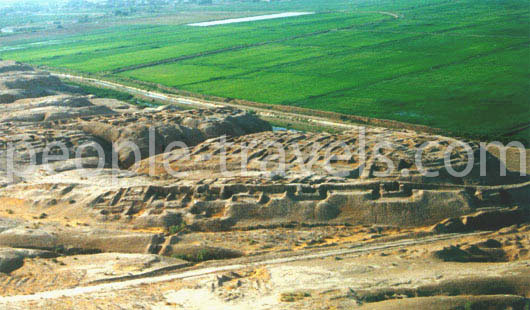 Main content of the Zoroastrian culture is a study of irreconcilable struggle bright start, impersonated Agoura Mazda (in Greek - Ormuzd), and dark beginning, evil, personified by Angra Mainyu (Ahriman). Between one and another party is an eternal struggle, with the participation of people. Life and death, heaven and hell are the most important elements of this struggle.

Originating as the personification of the forces of nature, and worship them, later Zoroastrian religion focuses on social and moral issues, reflecting the transition to a slave society where religion is the class content. According to legend, Avesta once consisted of a number of books that cover all aspects of mythology, history, ethics, law, and religious requirements. Alexander the Great conquered the land of Zoroastrians, subjected them to persecution of religion, and destruction of books.

Traces of Zoroastrianism can be found among some of the Kurds (Yezidi) and some of the peoples of the Caucasus.