In ancient complex of Ichan-Kala in Khiva, west of the archaeological site of the mausoleum of the cult Pahlavan Mahmud Musa is located opposite the Yusuf Yasulbashi Madrasah. It is considered one of the most iconic landmarks of Ichan Kala (inner city). Madrasah was named in honor of Yusuf khan Yasulbashi.

In the early XX century, during the conquest of the Uzbek khanates Tsarist Russia, Yusuf Yasulbashi controlled prison and responsible for security khan. 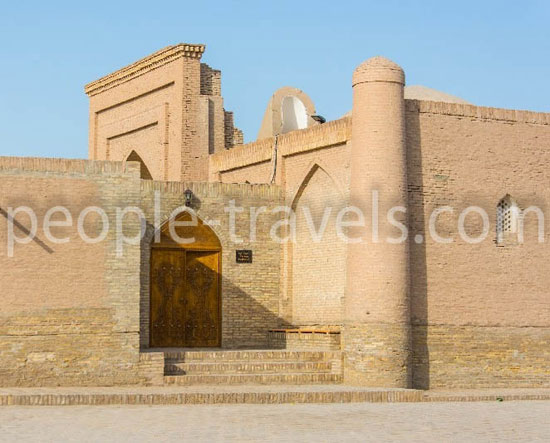 He accompanied the secret documents and led military units composed of mercenary’s nomadic tribes. Stationery of Yasulbashi was located on the territory of the main palace of Khiva khans Tash Hawley. Yusuf Yasulbashi Madrasah has the typical shape of a rectangle for madrasah, with no tall towers at the corners.

Entrance to madrasah decorated with three-stage portal. Vestibule group completed the dome room, leading to the courtyard through an arched doorway. Windows and entrances also decorated archway. In the north- east corner there is not a big madrasah domed mosque. Currently located on the territory of madrasah neighborhood committee - the organizing committee of citizens living in the region, designed to support the population.

Once Yusuf Yasulbashi Madrasah was one of the most affluent schools, and owned numerous waqf lands. However, this majestic building has retained the historical appearance, and even after a century affects residents and visitors Khiva their greatness.