Yar Muhammad Devon Mosque was built in XYIII century in Khiva. It is located behind one of the oldest mausoleums Ichan Kala - Sheikh Said Allauddin. Its eastern borders lay near Abdurasulbay madrasah.

In the structural composition of the mosque combines high domed hall and flat quince. But in terms of the mosque looks like a rectangle offset two sides of his sharpened to the west; perhaps because it was later made an extension to the basic structures of the cubic form.

Stepped adobe structures tell us that over time it will change its shape due to extensions. Visiting Khiva proved unsustainable occupation, it is not just a city here every mausoleum, mosque or madrasah each - a window into the history of a few centuries ago. 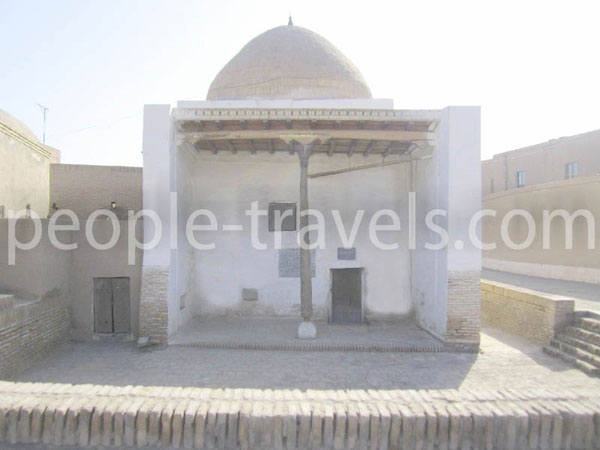 Everyone will find it attractive to wander through the narrow streets of this endlessly, look at the faces of the locals catch their eyes, trying to understand what it is to live and walk every day to the market, built several centuries ago, or walk the Earth over in the memory traces of so many well-known figures in the history of or philosophers, try to identify how it affects the life of the past and today's way of life of residents.

Among historians and critics, and the local population are of the opinion that some of the columns brought from cities Kunja Urgench Izmuhshira (Zamakhshary - settlement on the territory of Turkmenistan) ancient Kyata destroyed by the waters of the Amu-Darya, as well as other places of Khiva.

They reported that the mosque was restored in 1988 - 89 years under the leadership of the person named Abdurahman. It would be desirable immerse yourself in silence and think, to comprehend, to feel. After all, every clay brick is keeping lurking eternity.