Toprak-kala. The ancient capital of Khorezm

The ancient capital of Khorezm

City Museum - it's about Toprak-Kala. It is less than Samarkand and Bukhara experienced the impact of modern person, who seems to be pursuing a good cause, restoring, and unwittingly gives presentable blow away the dust of time from ancient monuments.

The ancient settlement Toprak-Kala is an outstanding sight of Khorezm culture that refers to 6 A.D. The capital of Khorezm was here in the 3rd century A.D. However Toprak-kala was discovered by Khorezm expedition under the guidance of Tolstov in 1938. 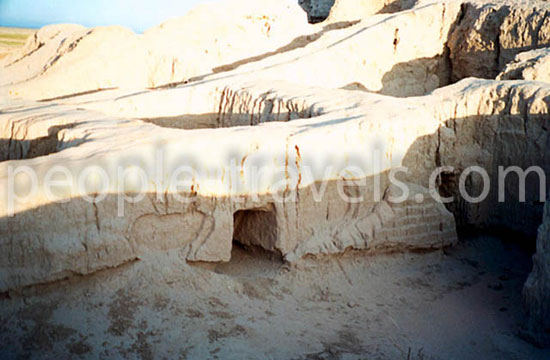 Dust of time. History of Toprak-Kala

Amazing history of Toprak-Kala saw 34 rulers with certain mark on its chronicles. Someone was wise, some violent, some brave conqueror. And all of them made their contribution to both the history and the architecture of the ancient city.

Almost every monument is not only the history but also poetic, romantic or mythological legend. The fortress city is a crossroads of traditions, arts, history and modernity attracting many travelers. 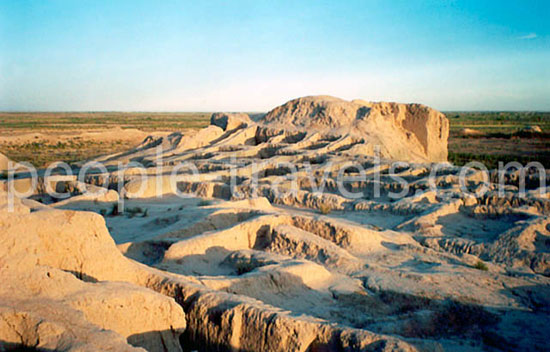 Anyone who goes into this serene city expects to meet with scenic nature. Breath of the mountains gives unique feeling for travelers and it is not surprising that this redolent town is recommended for visiting in all travel guides.

Toprak-Kala favorably differs from Samarkand and Khiva in that it is not taken out of context antiquity. Walk into one of four traditionally located on the sides of the light gate, and you envelops the unique aura of the city, almost keeping its savagery.

You will instantly feel complete immersion in antiquity by the fact that numerous ancient places, coupled with narrow streets, passages, dead ends, cobbled polished all the time and tread on them.

All ancient riddles and mysteries of Toprak-Kala will not leave you indifferent.

So what exactly attracts tourists from different countries in this ancient settlement?

Of course, the first reason is an ancient history and vibrant culture, sung by the ancient Greeks and Romans. For centuries the East was a source of knowledge and spirituality. And since that time the Silk Road began to serve as a link to the interpenetration and development of various cultures.

Captivated by East the Europeans have been making translations of ancient texts for centuries, devoting East proceedings, creating literary and artistic works. Eastern theme occupies a significant place in the music, especially the opera and ballet. Today in modern popular music there is a synthesis of European and Oriental melodies.