Shirgazikhan was an intelligent, brave, adventurous, skilful in military ruler. Particularly struck by all his contemporaries that he using stratagems completely crushed a military expedition led by Prince Bekovich- sent by the Russian Tsar Peter I c to take over the golden sand, located on the ground Khorezm.

Madrassah was finished in 1719. Historians of the time gave him the name "Mascagni fazilan" (" House of Scientists "). And indeed, studied here and were educated by great personalities. These include poet Pahlavankuli Ravnak and great Turkmen poet Makhtumkuli Firagi. 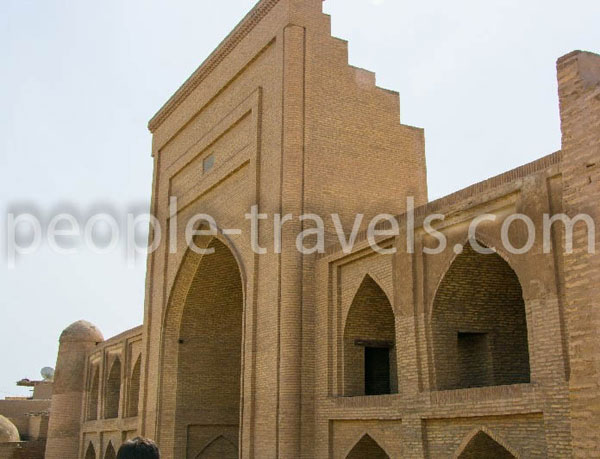 Madrasah complex built before the mausoleum of Pahlavan Mahmud, its construction has several streak pictures (Tarikh) that are carved on marble slabs and mounted on the front of the portal madrasah. Four inscriptions on marble slabs preserved to this day in its original form. 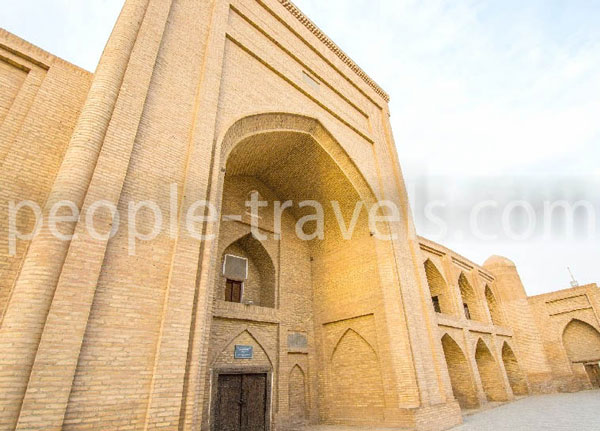 From the inscriptions on marble slabs , installed near the entrance door madrassas poems in Farsi, consisting of 32 lines, we learn that Shirgazihana built madrassah of flower garden world with his intelligence and generosity of land allocated madrassas as Waqf what monthly salary mutevelli, mudarris, imam, muezzin librarian Farrash (cleaner) and other students living here. On a marble slab set in portal part madrasah cut cutter chronogram in verse.