This structure was built by a rich merchant Said Niyaz in 1842. Now it is one of the popular tourist destinations of Khiva.

After completion the believers began to pray in the mosque. When Khan of Khiva saw this mosque that was erected by the merchant he said that this place should be blessed. And then here began the construction of madrasah. Thus this merchant became one of the popular people in Khiva and all people blessed him for his generosity. 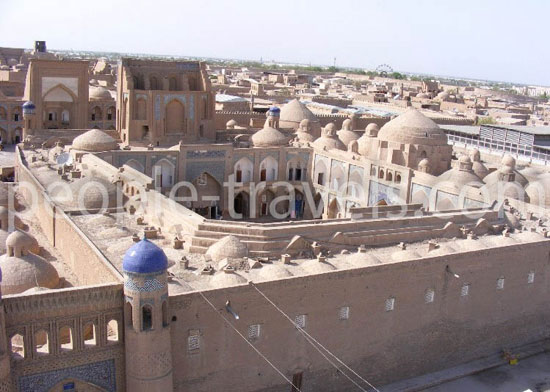 Minaret rising to the top gives us an idea of the basic techniques of urban art Khiva. It is located to the left of the main entrance to the mosque and has very original and rich patterns of Khiva. At the top of the minaret pattern under "Sharaf" arched cornice executed Mesa.

On the upper part of the minaret, which is visible from all points of the city, is a spiral staircase inside it. Minaret has 24 meters with the diameter of its base 4.5 meters. 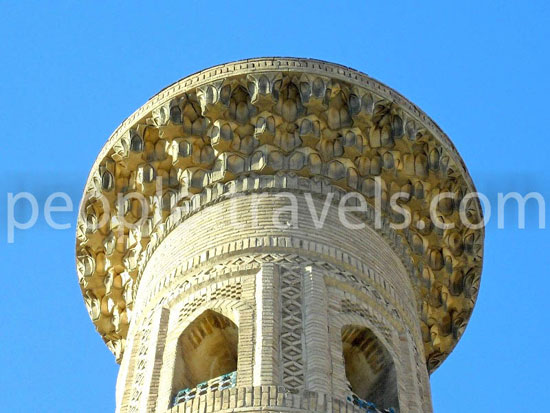 Currently mosque operates as a cathedral (Jami) Mosque of Khiva and the district. It also houses the office of the Spiritual Administration of Muslims of Uzbekistan.

Discover this unique complex that was constructed by ordinary merchant that became famous for his generosity.