Palvan Kari comlex is located in Khiva. It was built in 1905 by Khiva merchant Palvan Kari. The complex specialized in selling perfumes and fabrics from Russia - Astrakhan, Orenburg and Nizhny Novgorod. And in 1913 in Palvan Kari began selling sewing machines and repair them.

The higher and lushly decorated minaret was the more respect caused initiator of its construction. Less conspicuous, but no less interesting Khiva minaret called Palvan Kari. It is located in the eastern region of the outer city. The most perceptible in it is a retreat from the traditions of Khorezm built minaret. 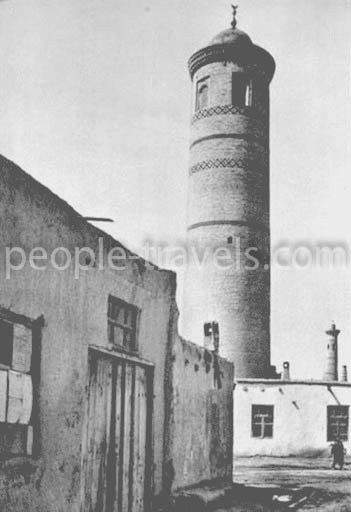 Diameter of Palvan Kari minaret of the bottom comprises the diameter in its upper portion. That is, it is a fairly wide straight pole. Its construction dates from the late 19th to the early 20th century, that is, he is younger than their "brothers."

Minaret Palvan Kari is remarkable because it differs greatly from traditional minarets Khiva. Usually they are built so that the base was much larger in diameter than the top, and Palvan Kari has no such variations in diameter. In addition, the distinctive is unconventional for this region decoration minaret, which is represented by the rings decorated masonry perimeter minaret. 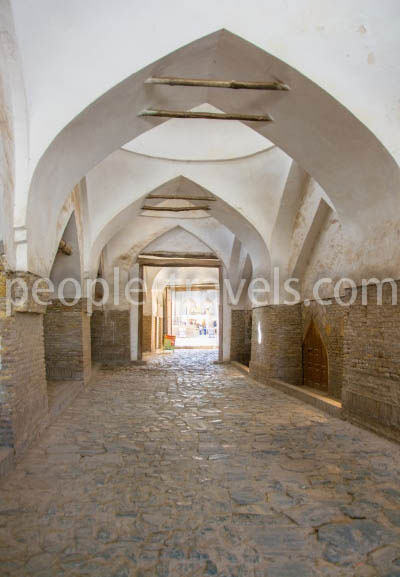 Palvan Kari, after whom the building is named, was a merchant, and engaged in the organization of trade relations with other countries. In addition, he often participated in the political affairs of the state, for example, he influenced the association khanates and the occurrence of a part of Turkestan.

The minaret was built in the late XIX - early XX centuries , preserved in excellent condition and is attractive not only for archaeologists and historians speculate on the mystery of this unusual building of buildings of Khiva , but also for all the tourists.