In Khiva now there are about ten major markets, each of which has its own historical period of formation. The oldest of them is the Palvan Darwaza bazaar of Khiva, and it is situated near Palvan Darwaza Gates; this is also the most significant one and it is located in the center of the city. In the middle ages there were other small markets that served functioning of the main bazaar.

Bazaar housed a shopping arcade, craftsmen's workshops, caravanserais, mosques and even baths. At the turn of 10th century in residential neighborhoods of Khiva had appeared small markets. Over time, the area of main bazaar became the center of the economic life of the surrounding land 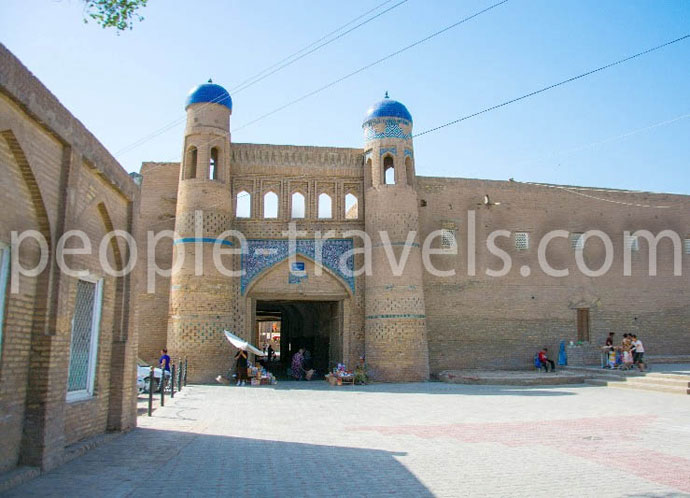 At the end of the 19th century, in Khiva were improved economic ties with Russia, as well as with China and India. The khanate exported textiles, clothing, and dried fruits. The main factor contributing to the intensive development of trade and crafts potential of Khiva, was reduced costs in the internal organization of customs and duty-free shopping.

The atmosphere of medieval bazaar 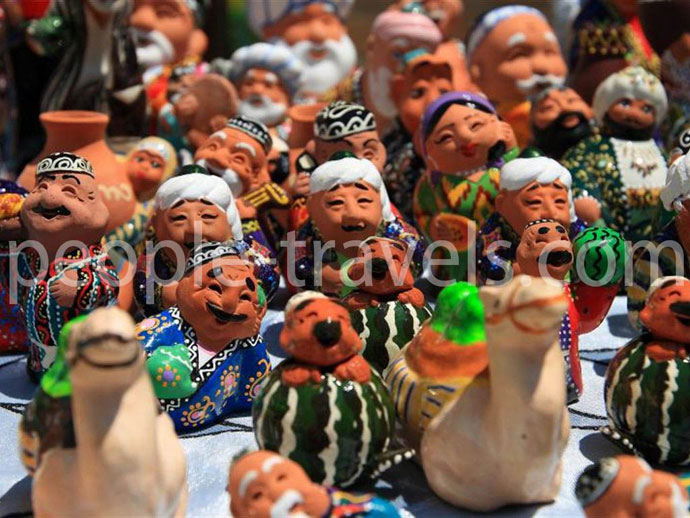 In the eastern country, the market is not only a place to buy and sell, but above all a place of meetings and negotiations, the source of the latest news and gossips. No wonder, medieval bazaar replaced newspapers, radio and TV. Here I ancient times people could not only buy products, but also play backgammon or chess, listen to wonderful music and poems of eastern poets.

Here you can immerse into atmosphere of the country and become more familiar with its friendly inhabitants. Smiling, friendly sellers communicate with customers with pleasure, especially with foreigners, not only wanting to sell a product, but also just to talk. Among oriental bazaar you can walk all day, enjoying the smells of spices, freshly ground coffee and roasted nuts!