Museum of the History of Khorezm

Museum of the History of Khorezm

Museum of the History of Khorezm named after Al-Khwarizmi was built for the anniversary of al-Khwarizmi. The exposition of the museum was moved from the former palace of Tash-Hawley.

In Uzbekistan, there are a huge number of monuments and historical sites, many of which are well known all over the world.

Here pays great importance to the preservation of centuries-old monuments, incredible beauty and grandeur of which contribute to attracting millions of tourists from all corners of the Earth. Over the years of independence, hundreds of architectural ensembles of Uzbekistan have found a second life.

Now is conducted a large-scale work on the careful preservation of tangible and intangible heritage, restoration and reconstruction of the unique monuments.

Numerous museums, including the Museum of History of Khoresm, wasbuilt in the years of independence, and now carefully preserved the great national heritage. 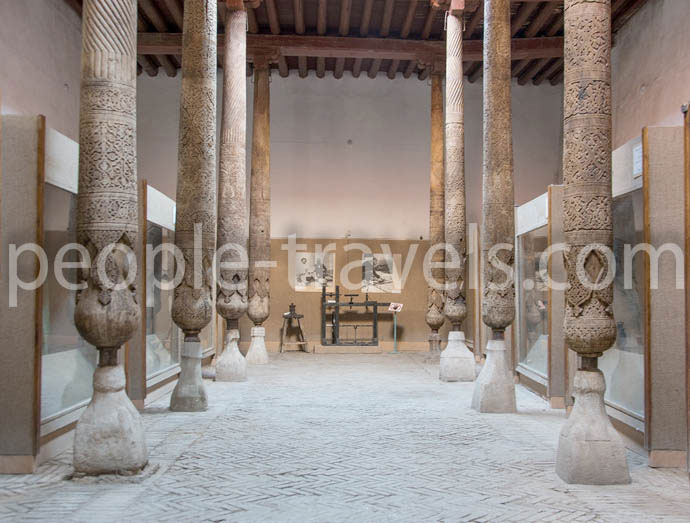 The museum assembled the most complete collection of wares edge - since ancient times until now.The collection includes household items, everyday objects, and tools of the local population. Here you can find products of master blacksmiths, masons, gunsmiths, tanners, potters, jewelers, weavers and many other professions.