On the order of Minister of Finance of Khiva Mohammad Niaz Khan Divanbegi were built madrasah in the central part of Ichan-kala near covered market chorsu. Matniyaz Divanbegi Madrasah is located near Aminkhan Muhammad Madrasah and was erected in 1871. On the north side of the main street, thesre is madrasah Ichon-Qala, in the south adjoins the newly constructed building of the restaurant catering department "Khiva", in the southeast is the mausoleum of Sayyid Alauddin Madrasah.

The structure of the complex is exceptional and has 21 cells, darshona space (audience) and the winter mosque. Here also housed a library for madrasah students. 21 of 19 madrasah hujras housed on the ground floor, the remaining two khujdras were on the second floor, with the entrance portal. 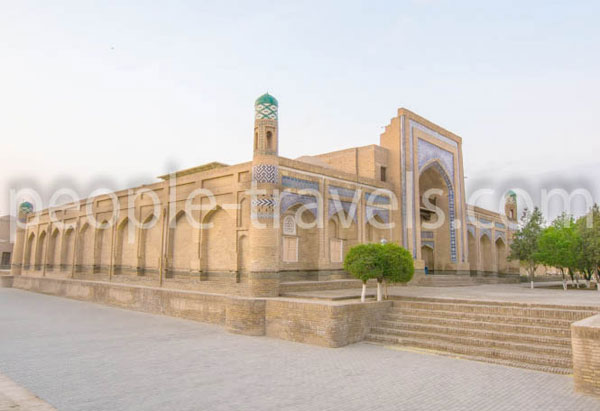 The entrance of madrasah is located across the small lobby. Madrasah traditionally has the four corners flanked by corner towers guldasta. Side facade of the north is provided with a shallow arcade remaining facades except center - blank.

Basic decorations made on the central facade of the madrasah portal distinguished from majolica with floral patterns "islimi" and carvings on the two-leaf front door. On a marble slab set in the cartouche above the door is an inscription in Arabic font. In one period of the madrasah had 42 students studied. 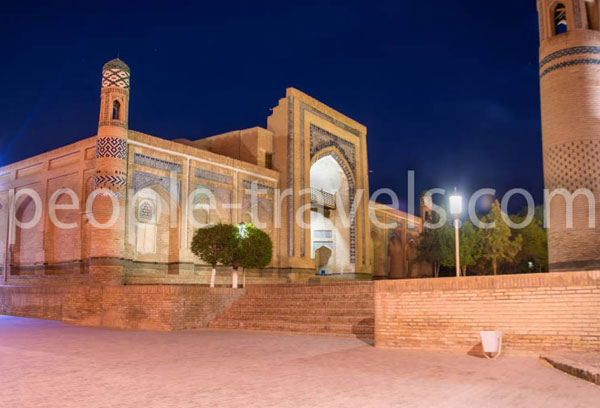