The spirit of medieval science

Kazi Kalyan Madrasah was built in 1905 by the order of the chief judge (Qadi Kalyan) Salim Ahoon in Khiva.

The dimensions of madrasah are small and do not differ from other contemporary madrasah. But at the time the principle of learning of the madrasa differed from other religious schools. Here, along with religion students studied law, applied science, rules and regulations relating to different taxes and fees, as well as legal knowledge.

From the north madrasah’s front decorated with low portal. Under this portal there is an access to small three dimensional palaces that through doors decorated with carved patterns. In the right and left part of the lobby is located three dome winter mosque, where was an audience for madrasah students. 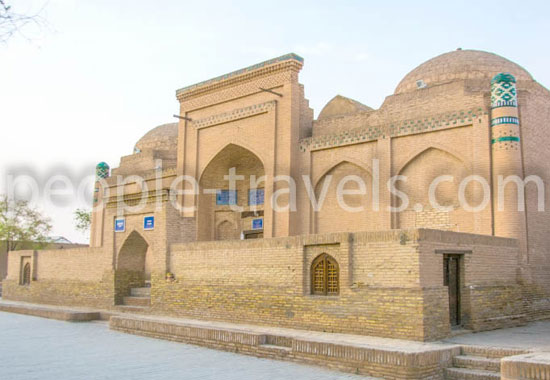 The Kazi Kalyan Madrasah has 15 hujras indoor vault "Rumi" and for the construction of madrasah were involved the prominent masters of Khorezm Khudaybergen Hajji, Qalandar Kochum, Bagbek Abdurakhmanov, and others. According to the national master - ornamentalists Abdullah Baltaev the madrasah admitted 35 thousands students. 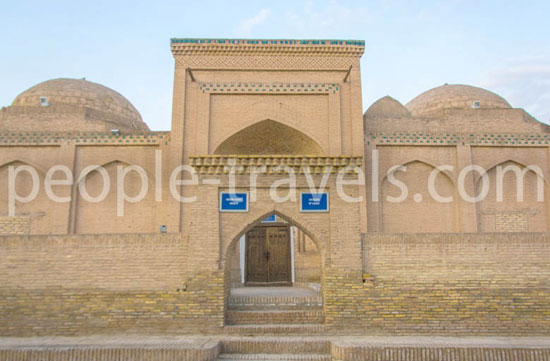 Currently the several parts of madrasah kept in the exposition of the Museum of History that has exhibition space of 125 square meters.

Total exposition has 352 exposed objects, reflecting the history of the development of Khorezm from ancient times to the present day. Visitors can optionally listen here melodies of ancient Khorezm maqoms.

Kazi Kalyan Madrasah differs with its monumentality, but this is the beauty, for such volume elements only emphasize the greatness and power of its creators.