Hassan Murat Kushbegi mosque is located in the "inner city" (Ichan - Kala) of Khiva, behind the Musa Tour madrasah. It was built at the beginning of the XIX century (1802) by Murat Hassan khan together with his cousin Shah Niyaz. 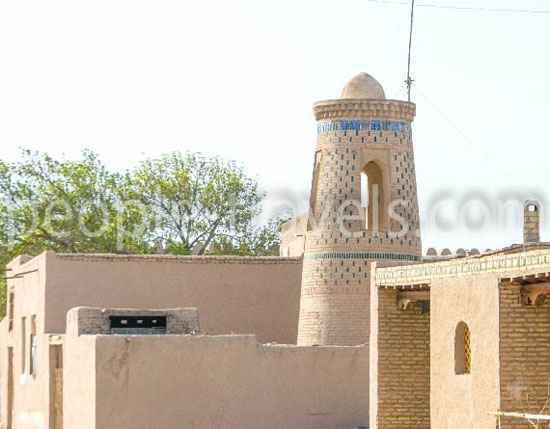 This is a small quadrangular structure, divided into living quarters. In the northern part there is a narrow courtyard, summer and winter iwan mosque. In the northeast corner there is a minaret, built inside the building. In the late XIX-early XX century, after years of internecine warfare, culture and economy of Fame once Khiva kingdom fell into decline. Fell into disrepair and many of the architectural structure of the time.

Ahead of Khiva neighborhood mosques usually is located longest yard where Facing high iwan mosques, and on the opposite side facing the towers Yvan darvaza-hana. There was also a room (cazenac) for storing accessories, household items and taharat-hana (space for washing). 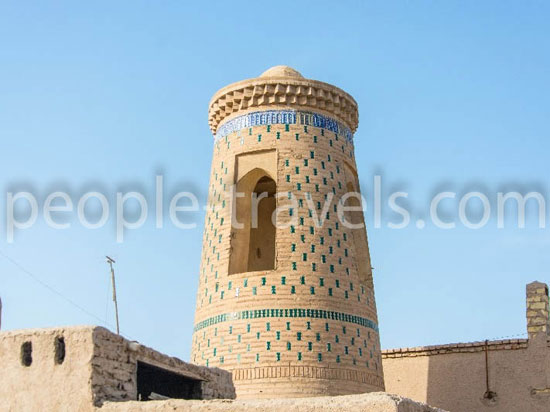 However, after the independence of Uzbekistan and to strengthen the economy, many architectural structures have been restored. So in 1997 Uzbek masters restored Hassan Murat Kushbegi Mosque and now tourists can enjoy fun cultural heritage of the Uzbek people.