The poetic atmosphere of peace

This ensemble is the most beautiful palace of Khiva Khans dynasty. The masterpiece of medieval art preserved authentic architecture, which later disappeared. It was built in XVIII century but until now it bewitches every visitor of the palace.

It consisted of single design towers of clay blocks. Stable of selected long-legged trotters and warehouses located on the ground floor, on the second and third were living rooms, including Khan and his chambers. Chadra - Hawley Palace was constructed on the order of Khiva ruler. 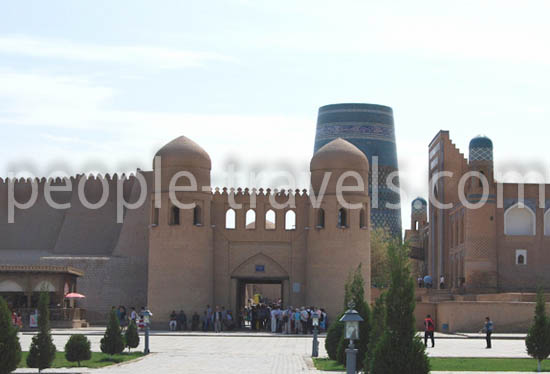 Women have been set aside an entire floor - the fourth that housed the female half of the khan dinasty. Traditionally Chadra - Hawley Palace was surrounded by magnificent gardens, where you can escape from the summer heat and enjoy the cool oasis muggy evening in the afternoon.

Being one of the famous destinations of the guests of Khiva this complex was included of the list of interesting places this ancient city.