This building of public worship comprises madrasah, mosques and minarets formed on the ancient site near the mausoleum of revered people Shokalandar, one part of the complex. According to the historical data mausoleum was built in the 16th century in Khiva.

And in 1894, near the mausoleum were built madrasah, a mosque and a minaret by the order of younger sister Mohammed II Rahimkhan Feruza Bikadzhan Bica. But it turns out, the beginning of construction without permission of the Khan. Learning of this fact Khan ordered to stop construction. Later regretting his decision Khan continued this construction, but funds were not enough. 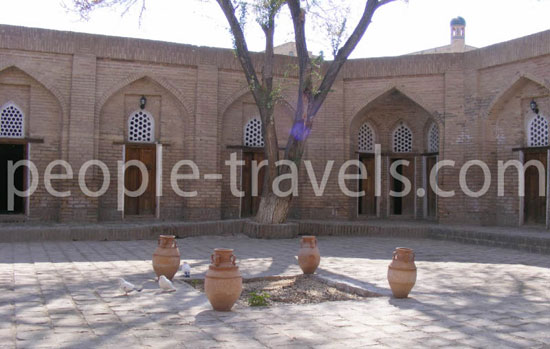 The complex is oriented to the north of the main facade consists of one storied madrasah square in general terms, but with a transverse asymmetric composition of the court and the input group. The rooms of premises and mosques vary in architecture: rooms blocked with beam roof, the mosque - spheroconical massive dome.

Khujdras roofed rectangular vault in beveled corners of the court with faceted niches placed in a pair of inputs hujras - angular, increased in size. Minaret is located four meters from the portal, almost in the center of the main facade. 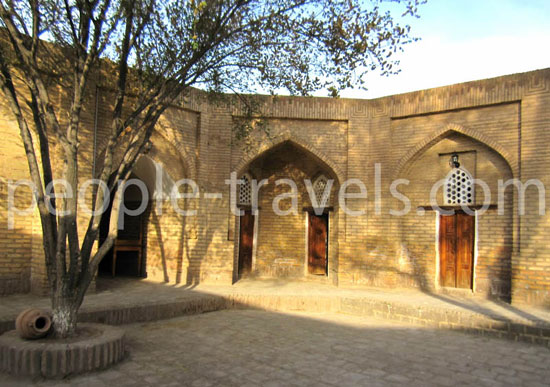 Area to the west, outside the mosque, is occupied by prayer hall with flat beamed ceiling which served not only for madrasah students, but also for the inhabitants of the neighboring block. Trunk minaret sharply reduced in diameter, constituting approximately one-third at the top of the base diameter.