The renaissance structures of medieval

Arab Muhammad Khan Madrasah endured two births, separated by centuries. First madrasah raised due to the transfer of the center of Khorezm Old Urgench to Khiva, appeared in Arab Muhammad Khan in 1611. From this frame building were carved with wooden columns and fragments composing ceilings that now presented in Museum of Applied Arts in Khiva.

The second "birth" refers to a madrasah construction in 1898 donated by Alla Kuli Khan Khan. Then in the city appeared a trapezoidal building with relatively modest parameters, declining towards the main facade. Faceted front were framed with the entrance alcoves and low height wings with arched lamps on the corners. 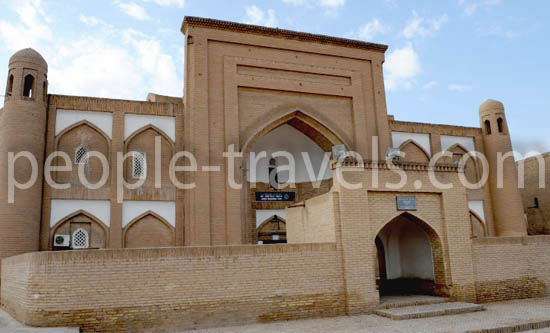 The whole architectural complex was constructed in a traditional style of Khiva. These walls and columns decorated with majolica and wood carvings. External battlements are a gigantic building, which reminds us of these defensive castles. 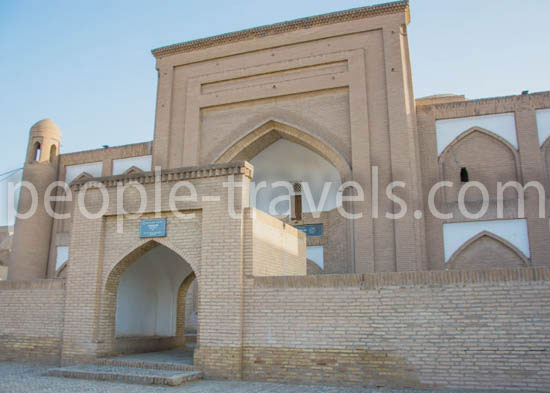 The walls are decorated with majolica, painted decorative turrets and surrounded on both sides. This place has witnessed the most significant events for Khiva. All panels are written in Khiva traditional scheme with present changing colors of blue to pure white. A window grilles reserved filigree decorated with jewelry designs.

Below the belt "corrugations" connected lancet arcs in and down to the ground, several depart from each other. Each face of the cap concludes a rectangular panel on top with Kufic inscription and at another level by a slender lancet on the background of embossed patterned brickwork. Rich decorative structures are creating a feeling of softness and elegance achieved by curly pattern brickwork "herringbone".