The market of ancient Khiva

In 1831, in the eastern part of Ichan-Kala was constructed a large market area by the order of Khiva’s Khan. Here was erected a shopping arcade selling grains, fruits, soaps, and candles. Here were also series of small trading houses and in the adjacent site thre was a place of the slave trade.

Due to the development of trade relations with Bukhara, Iran and especially with Russia in 1833, Alla Kuli Khan started in the place construction of the caravanserai. 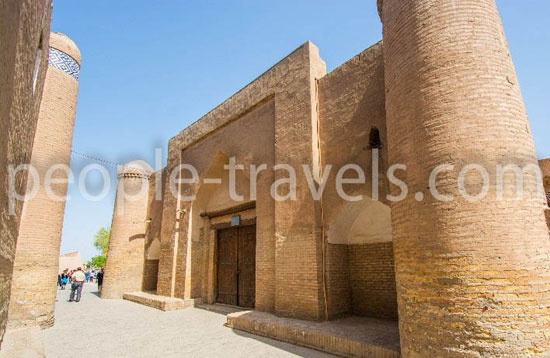 After building near the fortress walls adjoining the two-storey building market the caravanserai received another market area. Being a cozy area after one and a half years, as a result of the construction of Alla Kuli Khan madrasah, this place unfortunately lost its attractive appearance.

The appearance of Caravanserai resembles a tim (covered market) as one of the largest bazaar in Bukhara. Alla Kuli Khan Caravanserai was built to receive caravans arriving from foreign countries through its two gates (western and eastern), to ensure that the arrival of goods and departure secured. Trading house was built in two floors, consisted of 105 hujras (rooms). 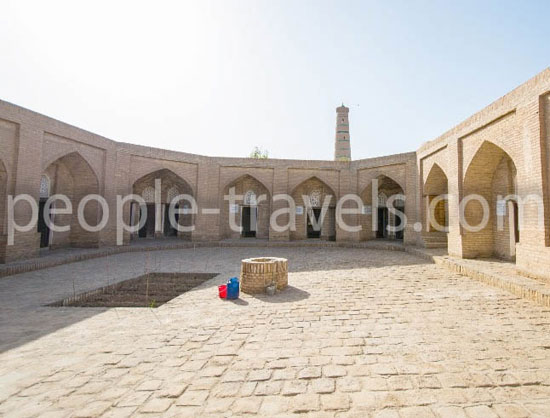 Alla Kuli Khan Caravanserai. The center of trade and art

Premises of lower floor served as trading stalls for merchants, and a top floor room – as a hotel. The building was planned very easy and simple; it consists of a spacious yard and two-story cells surrounding the courtyard of the caravanserai.

Inside the wings of the portal there are spiral stone staircase leading to the second floor. At that time, lower floor were for cargoes, while the upper floors served primarily as dwellings. 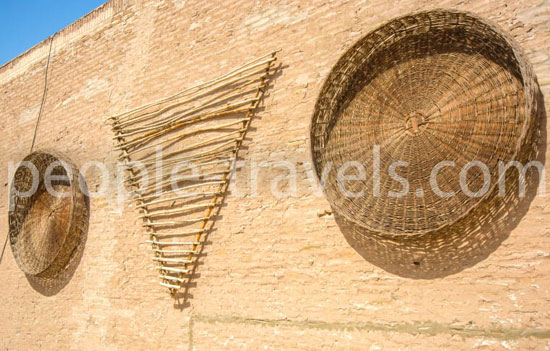 Appearance of caravanserai reminds madrasah, but there are some differences and uniqueness. For example, if you get inside the madrasah you had to pass special rooms where it can be directly reach from the yard, with a load pass under two domes into the courtyard of the caravanserai.

Due to the fact that the building was difficult to perform simultaneously both functions of hotels, and the barn and shopping arcades, later the caravanserai front (south) was attached building Tim (indoor shopping mall). 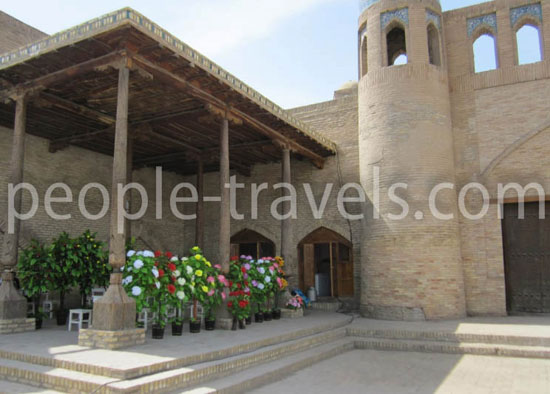