Ak-Mosque was erected in command of Anoushkhan in 1684 in Tashkent. It is known as a small minaret that enriched with elaborate tracery and texts from the Koran located near Palvandarvaza gate. 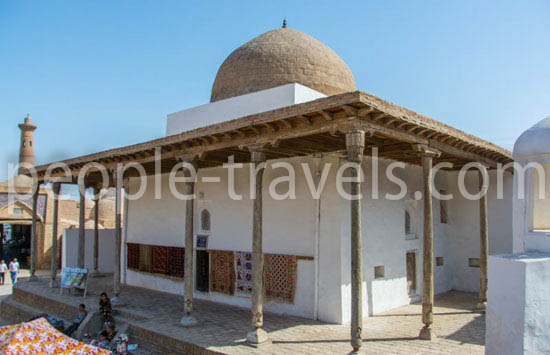 Mikhrab is located in the center of the south-eastern wall. Ganch grates adorn the windows of the minaret,and decorative fretworks beautify the door. Around a front entrance there are not only rectangular, but also arched niches, and above the portal of the main facade decorative barred arcade.

The remaining facades are decorated with nothing, laying them bare. Ganch was very popular to those days in Central Asia that was used in interior decoration. 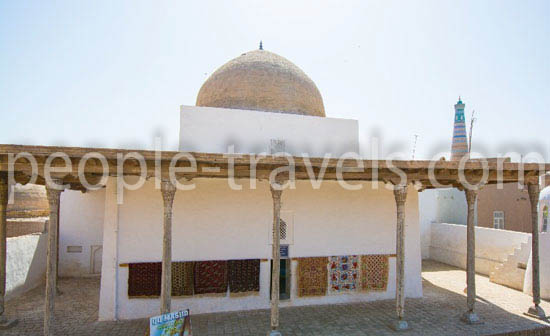 The walls are also painted in oils; in particular, the mikhrab the mosque for traditional niche indicating the direction of Mecca and on the panels depicts a vase of flowers. Geometric patterns of the walls organically interwoven with verses in Arabic script.