Langar mountain village and the memorial Langar ota complex is located at the foot of the Zarafshan range in Kamashinsky area in Karshi region, and is situated 70 km to the south of Shahrisabz.

Weary traveler, reaching the Langar, will be rewarded in full. Here are unique picturesque views where you can indulge in meditation, to touch eternity and feel part of the universe. With the onset of spring increases the number of pilgrims who came to venerate the holy places of burial Sufi brotherhood Ishkiya and ancient mosque built the first Sufi - Langar Muhammad Sadiq.

Blessed place of myths and legends

About five hundred years ago in this mountain valley for the first time a prayer pure-hearted boy from a sort of Sufi - Muhammad Sadiq. Since then, here came his disciples, learning the wisdom absorbed the teachings of the teacher and handed them to his disciples. Langar was the abode of Sufis, their home and last refuge. 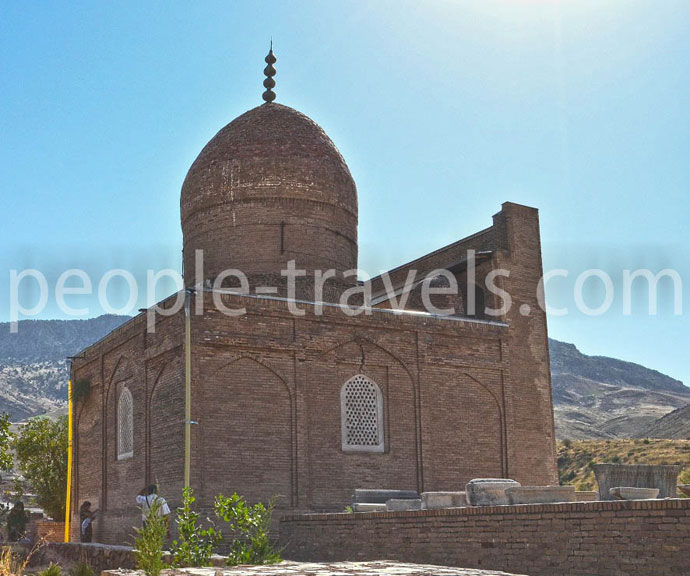 The mosque building was supposedly built in the years 1515-1516, and later in the XVII century completed several rooms, including a spacious prayer hall. Locals say that the mosque kept chest with famous second Quran of Caliph Osman. Indeed, it is known that it is Katta Langar was a place to store one of the oldest manuscripts of the Quran, known as the Quran of Langar. With the construction of the mosque connected one legend - the builders did not have enough wood for the construction of the last column, but under the hand of the great Sufi Muhammad Sadiq cotton bush turned into a tree, which was used by architects.

On the opposite hill from the mosque raises "the abode of all the saints" - the shrine of Sufi Muhammad Sadiq. In and around Mazar grow many pistachio trees, which in the spring, at the time of flowering fill the air with a unique flavor. A narrow path leads to the mausoleum - tomb of sheikhs. White dome of the mausoleum is visible from afar. The mausoleum was built of brick, looks almost devoid of decoration. 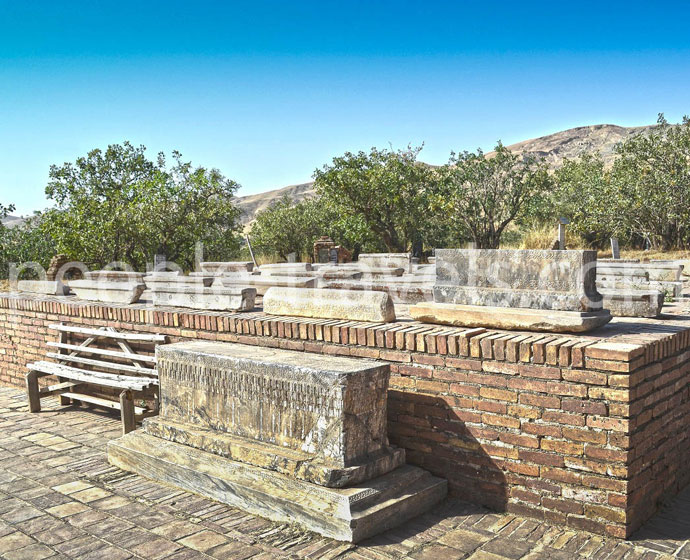 Inside the mausoleum there are five tombs. According to the inscriptions on the tombstones, we see that here found the last refuge of the founder Muhammad Sadiq, his father Sheykhzade Abul - Hassan II and his son Abdul Hussein Akhund and as yet unknown, but belonging to the genus sheikhs deceased.

The very nature of Langara has to ponder. Hills, like an impregnable wall protect Langara rest from the urban bustle, gurgling mountain stream mellifluous and has to relax body and soul. There still reigns the spirit of the great Sufis. Maybe that's why Langar ota increasingly attracts tourists from all over the world. The wisdom and spirituality do not know the distances and nationalities.

According to the program of tourism development in Kashkadarya region for the period 2013-2015 years, Katta Langar carried out extensive restoration work. Soon Langar ota will gain even more majestic views, and would be happy to meet those wishing to visit it.