Sardoba as a most bewitching sight of Karshi

Sardoba as a most bewitching sight of Karshi

Since ancient times people did not like the abundance of rain and water in Kashkadarya territory. In some places there appears a real desert, where inexperienced traveler may die of thirst and under the scorching sun. Therefore, throughout the arid region of old people dripped deep wells, and the caravan went on its way from oasis to oasis, but not directly. In order to prevent water from evaporating and dirty, over such wells built structures like the dome.

Other sardob had a complex system of irrigation, which delivers water to the desired dry places. Sardob were different in size and device paths. For example, some were even huge tsesterny, the water of which came in the other sardob across the desert. One can simply marvel at the skill of the ancient scholars, who in such terrible weather conditions constructed underwater and terrestrial "waterways". 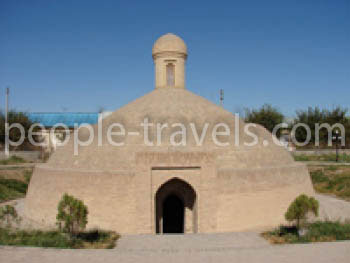 Some were designed to melt and rain water. Others had running water in canals, derived from river beds or large main ditches, sometimes from the qanats, in places with a high water table. In case of adverse natural conditions for watershed direction constructed dams or artificial channel. So to Yusuf sardoba in Karshi fit several long (1-4 km) and narrow-band ditches with slightly cracked takyr surface and traces of Ketmen. Sometimes a watershed enjoyed standing next to two or more Sardob (as sardob Abdulla). Among the distinguished pair there are Sardob Kosh sardoba and sardoba Buzachi.

The following items on the way to Bukhara were the ruins of caravanserais: Hodge Mubarak Kakyr, Buzachi, guarding the village and cocoa. In 1881, according to G. Arandarenko run only two sardob - Kakyr and Karaulbazar, and intermediate were abandoned.

Here you will find unequalled historical sights to become acquainted with the culture of this country.