At the end of XVI century when Abdullakhon II was a ruler there was big construction in Central Asia. At that time the mosque Qok-goombas was built in Karshi.

This mosque is specialized for praying in Ramadan Hayit. It means that people had gathered in the Qok-goombas twice a year. First is for the Ramadan second is for the Kurbon Hayit. The place which people pray were also called Nomozgoh. Ouwing to the praying there would be a lot of people for this reason the mosque were built out of the town and usually the walls were surrounded with Guzar or other. 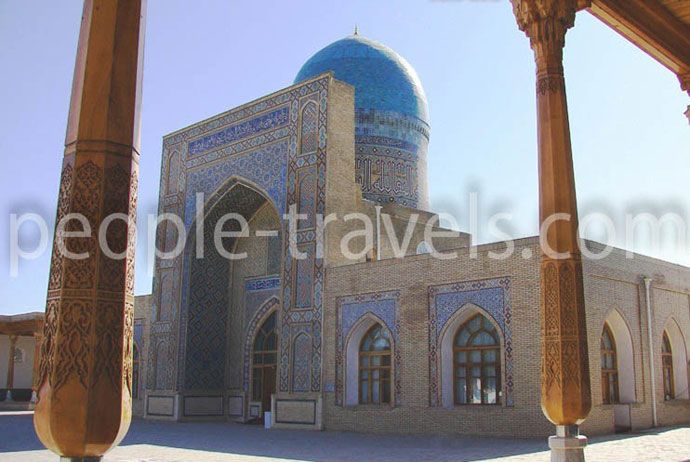 After the earthquake in 1898 the building took some break so nowadays you can't see the letters of the name.

15 meters away from the mosque anyone could see another building. It is shiypon and nowadays it almost destroyed by nature and time.

The dome of the building was damaged and now you can see a lot of bricks fallen from the walls. And so after that the mosque was rebuilt.

It still remains as the most important monument for the people of Karshi. It is well preserved because restoration works took place several times and were completed in 1982.