In the heart of Uzbekistan, on top Maydanak mountain there is a unique observatory. It is located 55 kilometers south of the town of Kitab in Kashkadarya region. The name Maidanak can be translated from Uzbek as "Maidan-ok" - "white space" or "white mountain". Any scientist-astronomer will tell you that at least one time heard about this place. And if you know a word like astroclimate, then sure, you know that Maidanak one of the best on the planet!

Maidanak region also has unique surroundings. Everyone who was there will confirm that more picturesque place is difficult to find. Nature there is simply amazing. Maidanak Astrophysical Observatory is the largest and best equipped in the CIS and is located on the Hissar range at an altitude of 2650 meters above sea level, 120 kilometers south of Samarkand. Here is clear weather in the average cost of 200-250 days a year, and the atmosphere above the observatory different rare tranquility. Therefore, this area is not inferior to astroclimate such well-known scientists areas of the planet, as the Canary and Hawaiian Islands and the Chilean Atacama Desert. 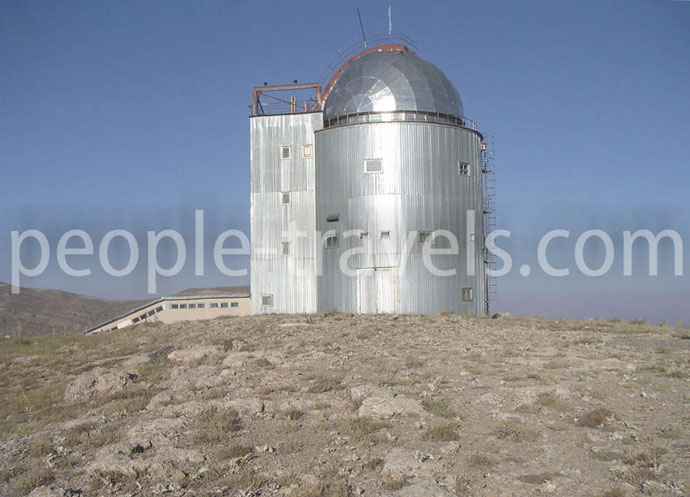 Maidanak Observatory is the most advanced in the Eastern hemisphere of the planet. This feature is ideal and local astroclimate contributed to the success in the scientific search. Every clear night in Maidanak at least a dozen telescopes receive signals from hundreds of celestial objects. Many studies are being conducted in collaboration with the leading observatories of the world.

Features of Observatory allow you to make a sensational discovery. One of the latest is confirmation of the theory of planet formation around young stars, made jointly by Uzbek, American and German astronomers. In Maidanak was managed to fix the hyperfine effects in the behavior of quasars - the most distant objects in the universe, whose light reaches the planet billions of years. There has already been prepared for publication catalog of quasars, which are expected to become a sensation in the scientific world. Significant contribution to the science Uzbek astronomers made to study the nearest star - the Sun, the processes which affect this planet and all life on it.

Foreign astronomers were discovered at different times five small planets, named in honor of our country and the great ancestors of the Uzbek people, who have made a huge contribution to the development of world science, "Uzbekistan", "Avicenna", "Ulugbek", "Biruni" and "Khwarizmi." Another was opened in 2009 in Maidanak Observatory. 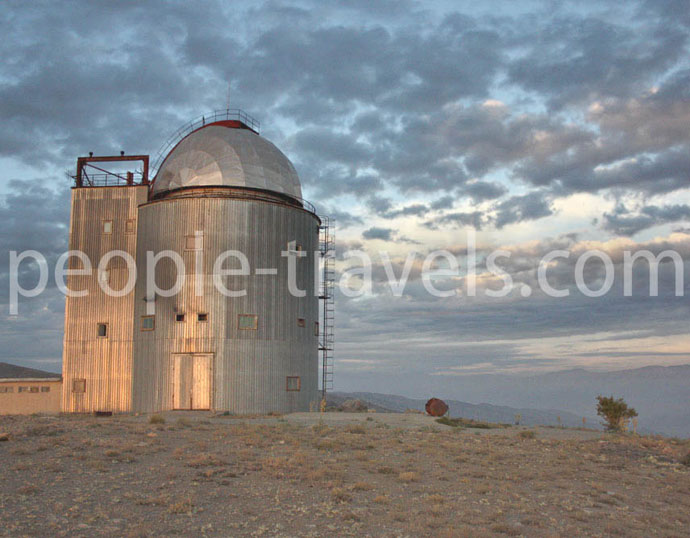 From here can be seen landscape of the Moon the size of 1 kilometer, and if you move the telescope to the space station, then the details of the size of 1 meter, ie even see astronaut emerging from the station on its surface work in open space.

By the way, the governments of Japan, the United States and some other countries have established the Space Security Service (Space Guard). For continuous monitoring of "behavior" of the asteroid is very important even coating the entire surface of the Earth's astronomical observatories engaged in such services. Therefore, researchers from the National Astronomical Observatory of Japan addressed the Uzbek colleagues proposed the establishment of such a center based in Maidanak Observatory. Now Maidanak telescopes vigilantly monitor the air to ensure the safety of earthlings, detecting potentially hazardous asteroids to the most distant approaches to this planet.