In the world there are so many unique monuments of nature and one of them is Kitab State Geological Reserve that was created in 1979. This reserve is considered to be a new environmentally protected area, to serve as a natural research ground for processing fundamentals of geology - stratigraphy, paleontology, sedimentology and other disciplines.

For ordinary tourists it is a wonderful, fabulous place that allows you to learn about the secrets of the ancient world, as gradually formed life on earth. The reserve is situated in Kitab district of Kashkadarya region of Uzbekistan and covers the territory from ancient Samarkand road through a picturesque mountain pass Ottoman-Korac with acacia groves, walnut, pine, oak, numerous springs and stone ledges and other rare species of animals and birds.

Path to the Kitab Reserve runs through the ancient city of Karshi, home of one of the great statesmen of the world Sohibkiran Amir Temur. In its territory are located geological and biological museums that are visited by scientists and ordinary tourists. Leaving behind Kitab, gradually climbing to the mountains, the road leads tourists to the valley Dzhindidarya ("Crazy River"). On the mountain slopes there are exotic mountain villages that are laid the ancient path leading to the holy mountain of Hazrat Sultan. 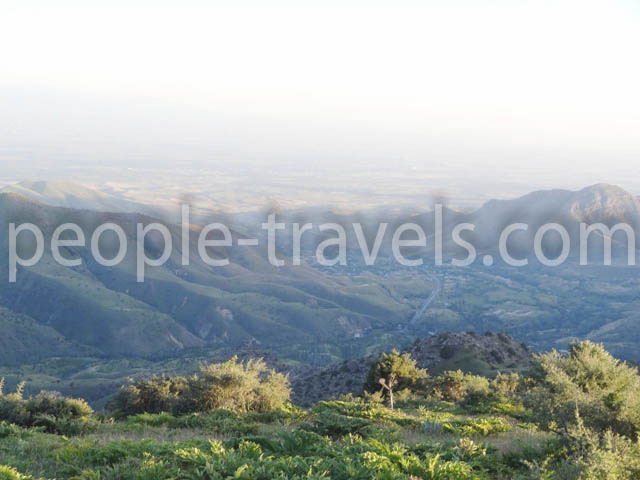 The reserve is located in the south-western spurs of several ridges with its unique beauty nature spots. Here is also houses and picturesque tract Shirdag, with panoramic views of the snow-capped peaks of the Hissar Range and Hazrat Sultan Mountain.

Interestingly, the field base reserve is located at the mouth of the Hodzhakurgan sai. There are also biological and paleontological museums and also here is located comfortable hotel, dining, residential homes and inns.

Located along transects trails and viewing platforms allow to get acquainted with ancient corals and other marine sedimentary rocks that formed 370-470 millions years ago, retaining a unique fossil organic remains of buildings inhabitants and plants during the existence of the reserve. Here repeatedly held international workshops, sessions, and come the world-famous scientists, historians and biologists, chemists and architects.