Gumbaz complex was constructed in XIII century by order of the famous ruler Ulugbek (1394 - 1449), grandson of Tamerlan in Karshi. Tomb along with other buildings is a single and unique memorial architectural complex.

The mausoleum of Shams al-Din Kula (1368) resembles in their appearance and exterior architectural monuments of the Shahi Zinda necropolis in Samarkand.

The name of the mavsoleim can be translated as "the blue cupola." It was constructed on the base of an earlier building of past periods with a similar layout. 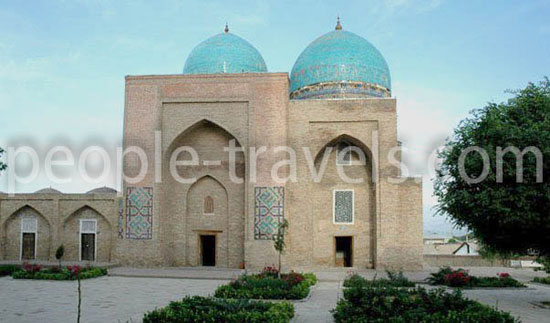 Located on a single axis to the Kul mausoleum it became the cathedral mosque of the city. To the mosque here once adjoined summer galleries, which have survived from the base square piers supporting arches.

The inscription of the principal walls demonstrates that the mosque was constructed on behalf of Shahrukh, father of Ulugbek. The interior of the mausoleum is decorated with floral ornaments.

The basis of the composition lay tradition square, covered with a dome premises - "chortak" as in Zoroastrian temples. A special place in the planning held an architectural element - quince, having the form of an arched niche. 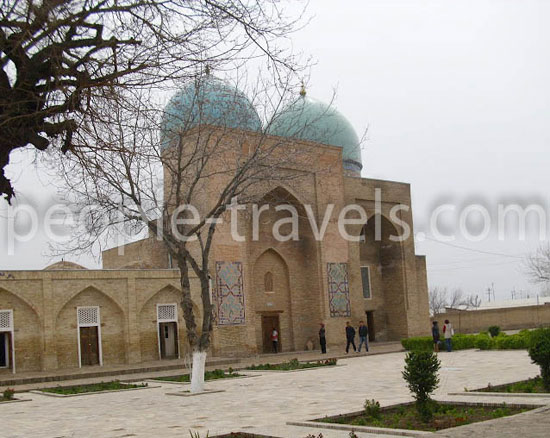 In the center of a huge open courtyard located arch tower rooms with square and round pillars carrying arches and brick vaults. In the columned halls of the pillars and arches arranged various shapes and decorating the arches and domes, usually with a light hole in the center.

The architecture of such complexes is characterized by medieval style of buildings that have a unique ton of the each composition.