Surrounded by high mountains, there is an ancient city of Karshi situated in the hot sun in the ancient land of the shady garden in the cool of the Kashka - Daria. Mighty plane trees, slender poplar, cotton fields in the frame of the mulberry trees, spring flowering acacia trees, the smell of melons at the market, the feeling of ancient oriental tales - all this will remain in the memory of those who have ever been there.

Travel to Uzbekistan has a certain historical mystery bewitched by the sights of this oriental country. Quite rare in Asia you can find such a variety of landscapes and ineffaceable relics of the past. Sense the medieval spirit that store uniqueness of these places and take the opportunity to have a Camel trip through the desert.

See all tours to Karshi from Peopletravel

Arts, culture and sightseeing in Karshi

The works of artists of Karshi have been involved in national and international exhibitions. They are reflected as a rich history of the city and their modernity as one of the most important cultural center of Uzbekistan.

This city has an ancient history and sights of Karshi could bewitch every visitor by its lasting impression. One of the most attractive souvenirs of Karshi is a skullcap. In general, the skullcap is a national headdress not only Uzbeks and other Central Asian peoples, no exaggeration to say that this uncomplicated cap - an essential attribute and varied throughout the Muslim East.

Legends of Karshi cover almost all monuments. About Karshi hamams legends told that they were heated only by a single candle. In addition, special attention should be built and created for irrigation. There are various legends that interpret a city that emerged in place of caravanserais. Here anciently developed crafts and agriculture. I have a century the city was part of the Kushan khanate. In the time of the conquest of the Arabs Karshi, he was known as a major trading center, located on the Silk Road. In the IX-X centuries the city was part of the Samanid state.

Thus, the city is not only interesting from the point of view of modern development, but also the legends that exist to this day, each lured adventurers.

The gardens, created in the 18th century in Karshi, turn this city into a wonderful oasis of beauty and tranquility. Rare plants from around the world landed in the blue, green and yellow. A unique collection of cacti blends into the local climate. Bustling city is a place where you can hide away from the hustle and listen to the birds singing. When the midday heat begins to slowly subside, you can try to enter the medina. Koranic school Ben Youssef was at one time the largest theological school and could accommodate up to 900 students at a time. Besides the main, artfully decorated patio, it has seven courtyards with amazing finish. At the exit of the madrasa is another interesting object - the remains of the hall to wash the mosque, built in the 11th century, the first dynasty. In the center of the old town is the famous square, you can meet storytellers, traveling artists.

Read more about Sightseeing in Karshi

Medieval tales will cast a spell on every visitor and leave an indelible, lasting impression of immemorial relics. At all-time Karshi attracted travelers and tourists from all over the world with masterpieces of architecture that bewitch with improbable appearance described by Scheherazade’s tales. 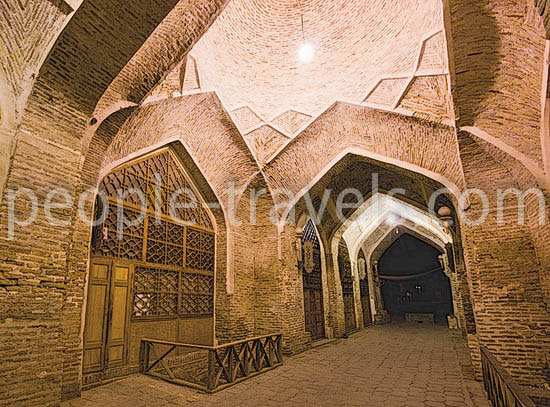 History of Karshi: unrivalled points of past centuries.

Among Kuzylkum desert can be found the town with an interesting history that still keeps an ancient architectural traditions. Unique buildings attract not only tourists, but also many inhabitants of neighboring, more modern cities.

Like many other ancient cities, the city emerged at the crossroads of caravans. Trade routes intersected in this place is no accident: in the oasis city, also known as "the pearl of the desert ', travelers could find temporary shelter from the heat of the desert.

The exact date of the founding of Karshi is unknown, but the first mention of its date back to the seventh century BC, and date back to the Greek conquest. A new stage began with the advent of the Achaemenid history of the city, namely the period of European domination. First, the city was a fortress, and then made a new round of history and at the moment there are many historical monuments.

Buildings of barbarism in well preserved, as well as the construction of the conquest of the Middle Ages, but the local architecture has preserved a lot of the traditional features. Residential buildings are divided into three floors. The first level, serves as a "fridge": there are stored food reserves. Between neighboring cellars leave small passages over which then builds on other floors. So are formed numerous "subways" for local officials around the city. On the second floor of residential buildings is "part of the family", and the third level is an open "terraces", a kind of public space. It should be noted that the third floor is almost entirely owned by women, walking on the roofs of city buildings, they talk to neighbors and make new friends.

See all tours to Karshi from Peopletravel