The history of the Karakalpakstan people, his original art, folklore, customs and traditions are inextricably linked to the rich and prosperous civilization, located on the lands of Khorezm oasis surrounded by the Karakum and Kyzylkum Deserts as well as vast expanses of the Aral and Caspian Sea.

This history reflected in specialized Nukus Development Center of Crafts that keep the heritage of Karakalpak people. As confirmed by archaeological findings a huge impact on the culture of ancient tribes had Karakalpak - Massagets, Sarmatian Alans, Oguz and others ethnos who have long roamed the territory of Central Asia. So we can say that the Karakalpak ethnic group developed in close contact with the sedentary culture of ancient Khorezm and had developed forms of agriculture and crafts. 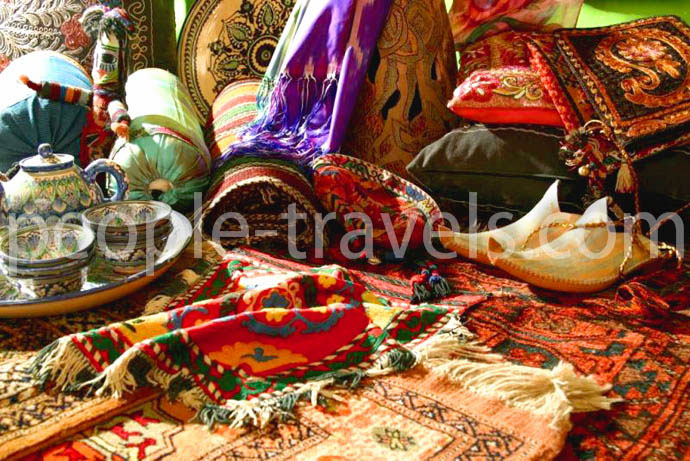 Meanwhile, the nomadic way of life not only remains unchanged way of life, but also postponed the mark on the form of applied art. Crafts developed around a traditional type of dwelling – yurt, using the best available materials - wool, wood, bone, leather.

With the change of life to the 50-th years of XX century in Karakalpakstan observed extinction of many kinds of crafts. After several decades, the secrets of old craftsmen creativity began to leave in oblivion.

That is why, since the early years independence of Uzbekistan, which came as a sovereign republic of Karakalpakstan, questions of revival of historical, cultural and spiritual heritage, recover lost national values have become priority areas of public policy. 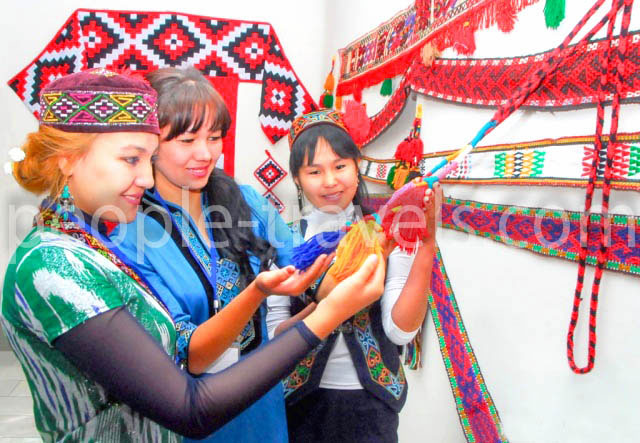 In Karakalpakstan annually held a large number of different events and festivals that reveal the cultural diversity of the regions. They certainly are accompanied by fair where you can buy products, souvenirs of local artists, many of which today are known far outside of Karakalpakstan.

The revival, preservation, promotion and further development of the traditional arts and crafts, covering the entire spectrum of production are the main objectives of opening Nukus Development Center of Crafts.

The idea of the project of center was implemented in the framework of the Convention for the Safeguarding of the Intangible Cultural Heritage.

This center has a huge contribution to the revival of spiritual values and discovery new layers of inheritance of Central Asia.