From ancient time, Kungrad city served as the gateway of ancient Khorezm and was founded more than two thousand years ago. Now it is part of Republic of Karakalpakstan.

Silk Road connected many nations through trade and cultural exchange and gave a powerful impetus to the development of these peoples.

Archeologists have uncovered the remains of various structures in the ancient part of the Kungrad city: palaces and houses of citizens, caravanserais, craft workshops, baths, etc. During excavations were also found various products from metal, painted pottery, coins minted in the city.

Today valuable specimens and mysterious potteries made by our ancestors are in museums of art and history, not only in Tashkent, but also in St. Petersburg, Kiev and Paris, London, Vienna and New York. 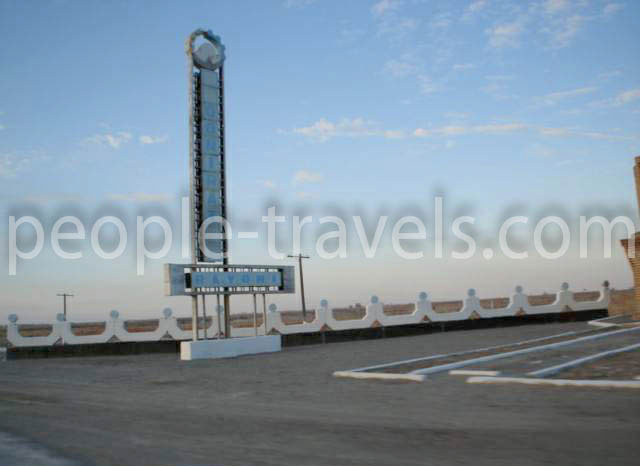 This huge conglomerate Khoresm could withstand with such states as Chinese and Iranian empires. Thus, the development of this city enables us now to see the heritage that was retained by those rulers.

After disintegration of this state left many Zoroastrian temples that uncover for us the veritable inheritance in Khoresm.

Near this town there is a settlement Urga that has been based in beginning of XX century. During Soviet times to Urga were sent in the reference of Old Believers, in the beginning of 50-s' years the fishing state farm has been based with the population in some tens hundreds inhabitants.

Here you can enjoy unique picturesque canyon and terrestrial breaks. Both, tourists and locals love this place for its unique landscapes.