Kumbaskan Kala fortress is located in the Republic of Karakalpakstan and covers an area of 110x115 meters. This fortress has 5 defensive minarets on each wall, which were built the height of 10 m, however up to now they have been preserved in the level of 8 m. Minarets were two-story, but determining their true heights requires careful research. The fortress was built of mud and adobe bricks and at the top of the fortress there are dozens of screws for defense.

The augers are disposed in parallel along the top of the wall. Defensive system of the fortress stands out that the entrances to the minarets are opposite entrance to the fortress. 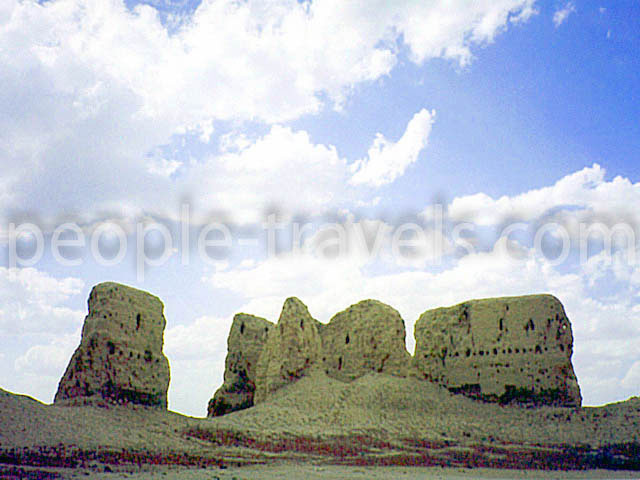 Kumbaskan Kala consisted of several rooms, and one of these rooms was covered with a dome. In the defense of the fortress minarets located every 30 m, and played a major role. Many defensive items adapted to approach the walls of protection from enemies. Around Kumbaskan Kala are located densely populated areas. Here, during Kushan imperia (IV century BC - I century AD) lived artisans. Here were found utensils for tea, processed red pitchers, beads, antique pieces, arrowheads of bronze, print, and other household items. However, during the invasion of the Arabs, led by Kuteib fortress was destroyed. 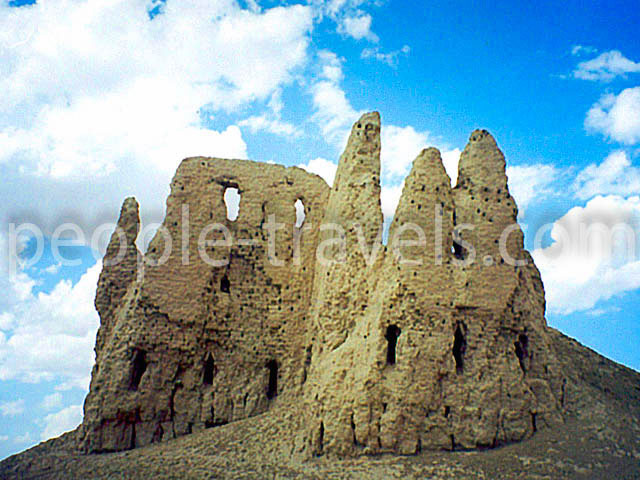 Later here were discovered findings of gorgeous ceramic jars with relief images of hunting scenes, court life, and mythology of ancient Khorezm characters of the epic "tree of life" with fallow deer. Scenes images of clay and stone seals resonate with motifs of Scythian art of the same or some earlier time. These include images of vulture, birds or deer in a volatile gallop, etc. The high level of culture of middle of the 1st millennium BC shows the development of writing, using the Aramaic text. The earliest documents of this writing in ancient Khorezm language had been found during excavations of Koy Krylgan-Kala and dated III-II centuries BC.

Discover this unique monument of the past.