Ancient city that perished in the sands

One of the most precious jewels of our country is Khoresm oasis - ancient civilization, which goes back to the Bronze Ages. No wonder the unique monuments of Khorezm included in all tourist routes across Central Asia. 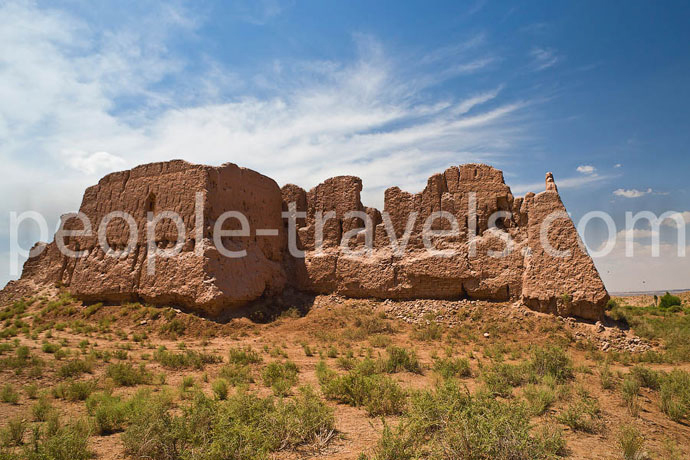 Kizil Kala fortress is located on the territory of modern Karakalpakstan. In translation from Turkic, meaning of the name of Kizil Kala is "Red City". According to archaeologists, the city was founded in the second half of the tenth century. To the present day preserved only fragments of walls and foundations of several buildings of the great fortress.

Excavations were started only a few years ago. During archaeological research was found out that the Kizil Kala was an urban center, which was located on an important trade route that connected medieval Uzbekistan, Khorezm and the Volga region. We can say that it was a very powerful intermediate trading post between Europe and Asia.

During excavations have been discovered not only residential buildings, but also artisans' workshops where found fragments of pottery and metal, oil mills, wine cellars. And in one of the blocks was excavated mosque - namazgoh, which was located in the courtyard of the sewerage system, built of large ceramic tubes that indicate a high level of engineering citizens.

Having recreational opportunities for traders of numerous caravans, Kizil Kala soon became a major center of medieval trade. Archaeologists have discovered that its population lived mainly due to agriculture. They have found many fragments of millstones, fragments reaping sickles.

Researchers have unearthed even channels through which water flowed into the city. The high development and wealth of Kizil Kala evidenced by such findings as Baltic amber, Chinese, Indian and Egyptian glass that proved the wide range of goods movement across the Kizil Kala fortress.