The Savitsky Museum of Arts in Nukus. Uniqueness of historical heritage

The Savitsky Museum of Arts in Nukus (Karakalpakstan)

The collection of the Savitsky Museum of Artsis the best art collections of Central Asia. British newspaper "The Guardian" called the museum "one of the finest museums in the world».

History and development of the museum is unique, as well as his collection. The State Art Museum of the Republic of Karakalpakstan is a treasure trove which gives an idea of the cultural segment from the III century BC to the present day.

Here are the objects of material culture and art of the ancient Khorezm, folk arts and crafts. Karakalpakis not numerous in the last semi-nomadic ethnic group living in the north-western Uzbekistan and has an ancient history, unique culture. 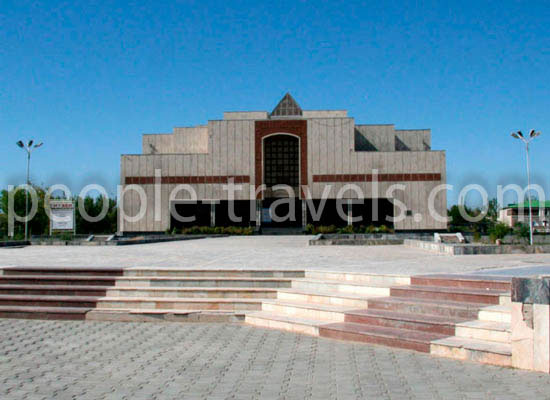 This museum focuses not only on national art school in Karakalpakstan, but also on works of the founders of the beautiful culture of Uzbekistan - a multinational team of artists working in Central Asia in the early twentieth century.

In an unprecedented short period Nukus Museum turned into numerous collections, numbering about 90 thousand units. This fact has no analogue in the world practice of museum collecting. We owe such a phenomenal layouts cases a man of genius - Igor Savitsky , the founder of the Museum.

In 1991, the museum received the first category. This category is conferred to world-renowned museums with attendance of more than 300,000 people a year. Although such attendance has never been indicated there. Nukus Museum is an exception because of its exhibits. Thus, he was put on a par with the Tretyakov Gallery, the Russian Museum and the Hermitage. 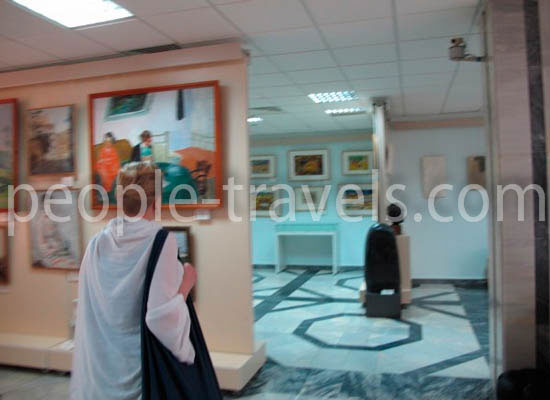 Savitskymuseum has over 90,000 exhibits, including a collection of Russian avant-garde art of Uzbekistan, folk arts and crafts of Karakalpakstan, the art of ancient Khorezm, enlarged copies of some wonderful exhibits of the Paris Louvre.

Even the world famous Russian Museum in St. Petersburg and the Tretyakov Gallery in Moscow recognize that they have something to envy at the Nukus Museum.

Here you will discover archaeological findings, telling the stories about ancient Khorezm - the home of "Avesta", about Khorezmians dealings with the ancient world, the unique terracotta figurines of Zoroastrian goddess of fertility Anahita, ossuaries - containers for storage of bodies of deceased ancestor’s worshipers, ceramics and bronze.