Guldursun Kala fortress is dated back to the II-I centuries BC and is located in Karakalpakstan. Fortification was constructed in rectangular basis with the square of 35 hectares. Adobe walls are lined with two rows and have built-in loopholes. In V century BC the fortress was laid in ruins for unknown reasons.

Approximately in the first half of XII century Guldursun Kala had been restored and turned into an important outpost of the Khorezm state. However, in the XIII century castle was again destroyed by Mongol invaders. During archaeological excavations inside the fortress was found a large number of ancient and medieval pottery, bronze crafts and jewelry, ancient and medieval coins. 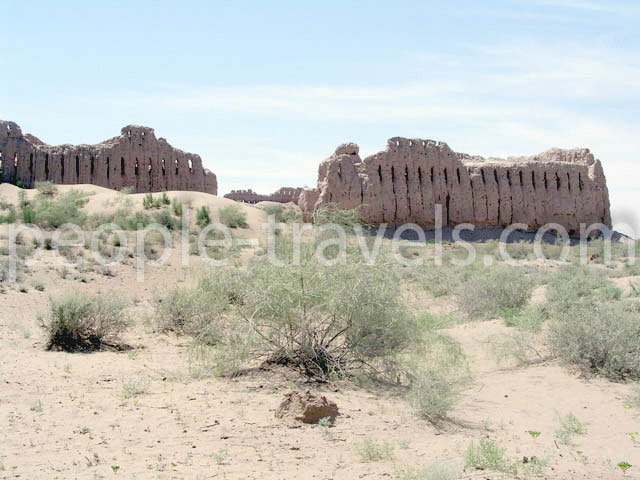 All eight rooms of the ground floor were constructed with double arches. They were intended, apparently, for special religious purposes, and in the upper rooms were placed warehouse stocks, terracotta images of deities and apparently held religious ceremonies. Small cult terracotta, miniature vessels, ceramics decorated with mythological subjects - all found here are typical for burial items.

The building was surrounded by a double ring of fortifications that were built in the corridor between the walls of the tower. Two towers were internal, almost square chamber enclosed by solid walls of the corridor of mud brick thickness of 1 m. From the courtyard in the tower were opened loopholes. The excavations of this fortress installed two main periods of its existence, separated by a considerable period of time. Purpose of the monument in each period was different, which is reflected in the nature of the finds, using the facilities, etc. 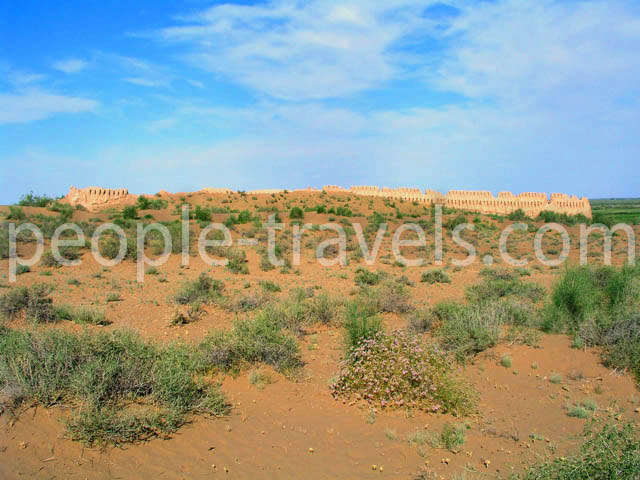 Fortress was surveyed in 1937 by archaeologist Gulyamov. And judging by the founding can be determined that the last period of the monument's habitation refers to XI century during the reign of Muhammad Khorezmshah and the Mongol invasion to Khorezm.

With a history of the fortress is associated Karakalpak folk epic "Guldursun." The text of the poem was written in 1957 by archaeologist Tolstov. The poem reflects the pattern of Khorezm struggle of the people against the Mongol invaders.