Mausoleum that is steeped in mysticism

One of the ancient monuments of modern Karakalpakstan is Chamoun-Nabi Mausoleum that was built in honor of the great magician and healer of Central Asia. The time of its construction relates to the XVIII century. Prior to opening the tomb was assumed that this mausoleum was the burial place of Chamoun-Nabi, but the tomb was empty. Unusual structure even today is surrounded by an aura of mystery.

The complex consists of several buildings and an ancient cemetery. The remains of its magnificent buildings today are attracting believers from around the world. 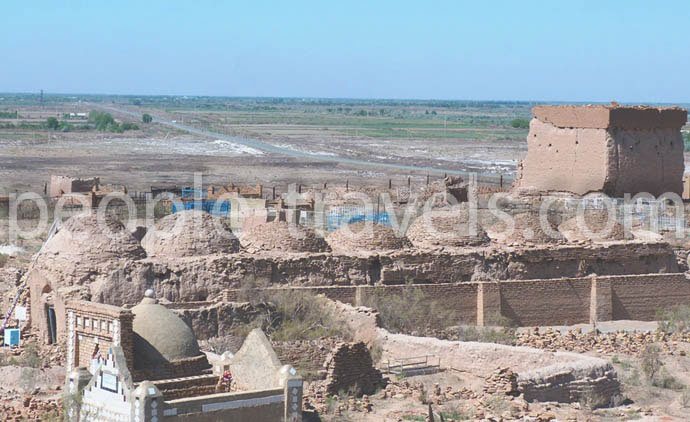 The uniqueness of the mausoleum lies in its seven domes, whose number corresponds to the number of daughters of magician. Mausoleum Chamoun-Nabi is located on the northern hill of Mizdakhan complex. Mausoleum is steeped in mysticism.

This kind of construction consists high peshtak and long low building behind him, floors seven domes. Inside the mazar is a colossal tomb (length 25, 31 liters), attributed to the "saints" Chamoun-Nabi. Unusual value tombs and some of the features of the geological structure hill on which it is located, is fallen 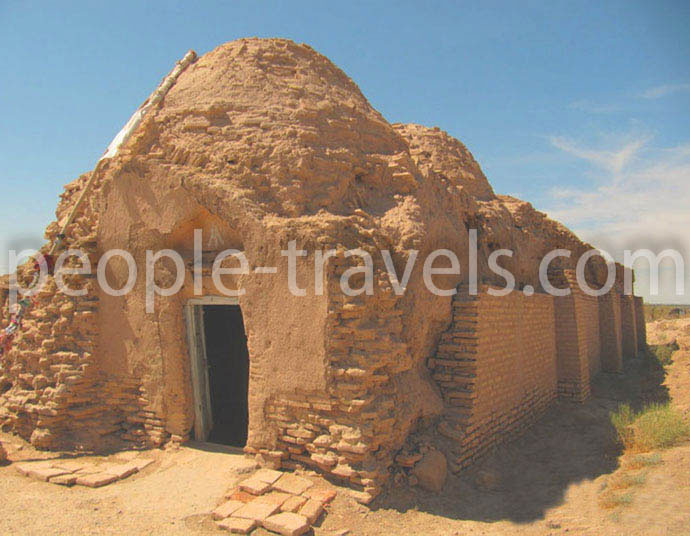 The mound with a height of about 5 m is located near the Chamoun-Nabi mausoleum. On the top and slopes can be traced outputs of brick structures. In the slopes recorded fragments of the Khorezm ceramics of the Golden Horde period.

We recommend you to visit this unique sightseeing of Karakalpakstan.