Butentau is a flat extended range in the steep parts of Karakalpakstan. One kilometer from the escarpment, opposite to the cave, you can see the ruins of a medieval fortress Ak-Kala.

This hill is located 15 km from the Ustyurt; from the north-west to south-west it has a length of about 30 kilometers, and in the transverse direction of 5-6 kilometers. From all sides it reaches a maximum height of about 50 meters in the southern and south-western parts. 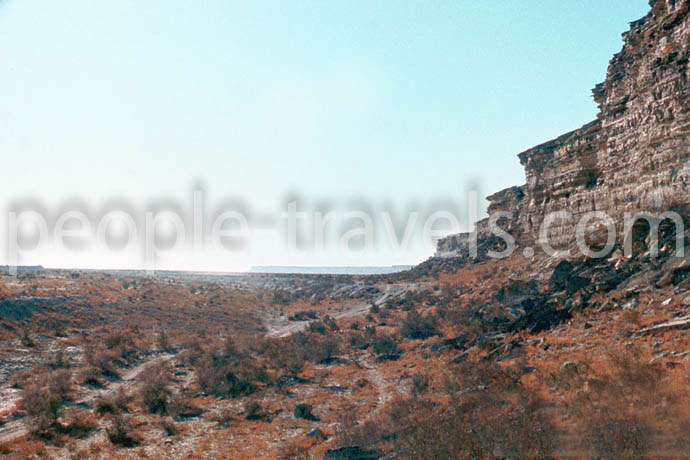 At the southernmost tip of the chink there is Mazar of Ibrahim Medem that associated with the legendary Arab Ibrahim, who according to legend brought to these places Islam and created Butentau hill. Thus, one of the translations Butentau is "came from the mountain" in honor of the legendary Ibrahim, who had built here a holy mazar.

The caves are located in the south-eastern escarpment cliff, and in the north-west. The only difference is that the mazar of the northwest Cincu caves stretchs with large gaps. 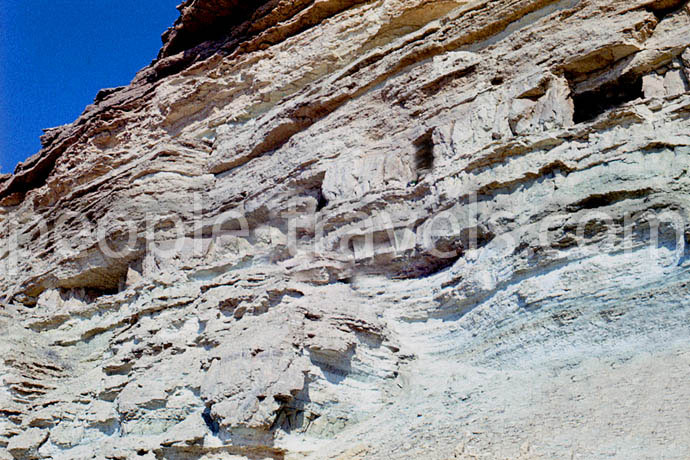 In contrast to this group of caves is located medieval fortress Adak, which was built on the site of fortress Ak-Kala, the ruins of which are well preserved to present day. At the top of the hill Butentau, near its northern extremity, there are the remains of ancient Butentau Kala fortress.

Now in Butentau chink were recorded 228 entries and 51 ground floor entrance to the second floor, respectively, with 91 and 28 caves. Each cavern has from one to twelve entrances, and from one to six rooms. Moreover, the entrances are divided into direct inputs, windows, ventilation, holes for mounting various lifting devices.

The Butentau gives unique impression attracting attention by incomparable beauty of nature and ancient ruins of fortresses and caves.