Historical cities of Samarkand, Bukhara, Khiva, Tashkent and Karshi and Termez attract thousands of tourists from different corners of the world, who have unique opportunity to get acquainted with ancient history, culture and traditions of Uzbekistan. One of these ancient monuments is a settlement Barak Tam.

Barak Tam settlement refers to the end of IV-V century AD and located in Takhtakupir area of Karakalpakstan, consisting of dozens of adobe houses. In the center of the settlement still towering ruins of three major structures of mud brick with different architecture.

The largest building was named Barak Tam settlement. Main part of the area of its upper floor, where a steep ramp led, occupied by a large main hall. Its ceiling is supported by two intersecting arches over the center of the hall of mud brick. 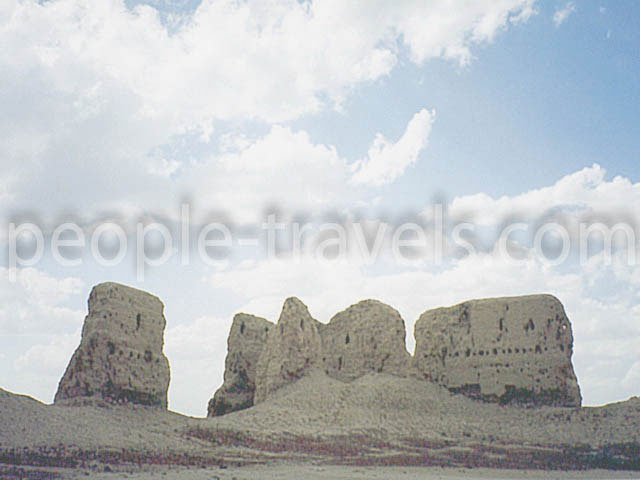 Within the walls there is a vast arched niche that directed on three sides of the room. According to the findings of fragments and impressions of colors, they were covered with multicolored carpets. In the center of the room stood a brick stand, on which was unknown ritual burning fire.

In our country special attention pays to the revival of national values, preservation of historical and cultural monuments. Uzbekistan has conducted extensive work on the revival and enhancement of the cultural wealth. Along with the restoration of unique monuments built modern office buildings that merge into one, creating a wonderful image of modern Uzbekistan.