Ayazkala yurt camp is located near the ancient complex in Ellikkala region and it is easiest to get there from Urgench, because it is situated 70 km away from it.

The real yurts are located in the steppe zone, in the lap of pristine pure nature. There are no highways, no industrial facilities or settlements - the steppe, forts, and several streams - that's all that surrounds the camp.

The camp can be found on a hill of forty meters in height, with a wonderful view of the surrounding territory. Near there is a lake where you can fish, swim or just sit on the beach in the shade of trees. 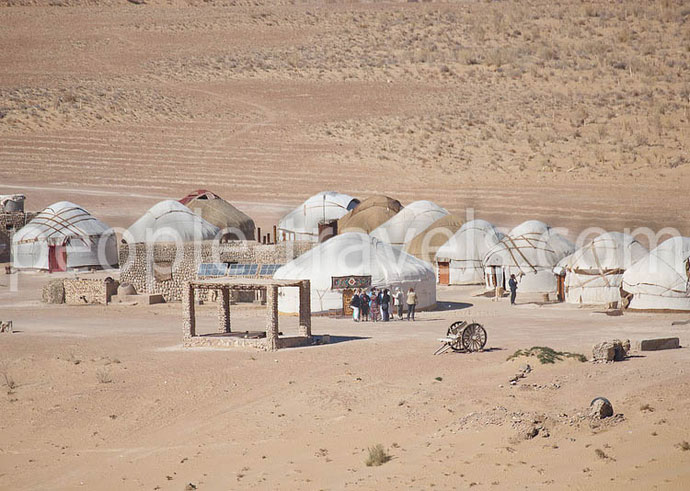 Each yurt is designed for 20-25 people. Inside there is a cotton kurpachas (mattresses and blankets), copper and porcelain, carpets and various national jewelry.

Despite the fact that the camp was created close to the wild nature, there are such comfortable conditions as toilets, shower and kitchen. National dishes will not also leave you indifferent.

From entertainment, in addition to fishing and research sites, camel rides, in the evening, the camp becomes a venue for concerts of folk music of Russian, Karakalpak, Kazah, Uzbek and Turkmen peoples where perform musicians from the surrounding villages. 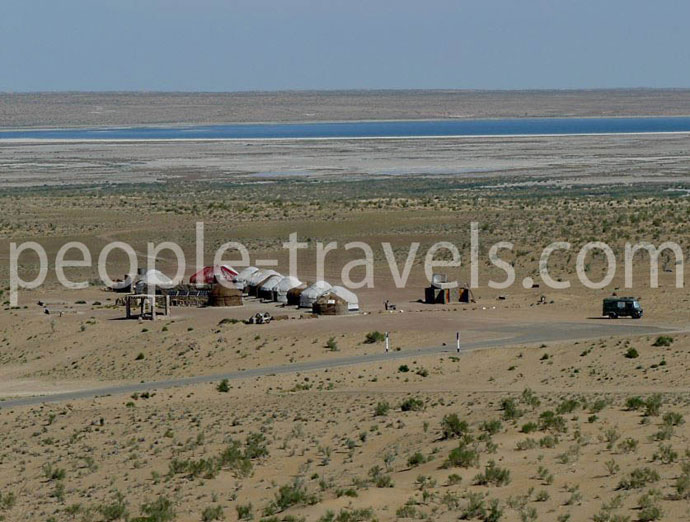 Historical and spiritual traditions of Karakalpakstan have become an important layer of interpretation in the national music. Karakalpak folk art culture is a distinctive holistic phenomenon. Communication of its basic forms such as arts and folklore are based on a single aesthetic ideal.

Ayazkala yurt camp welcomes guests from March to November and if you want to relax in the lap of wild nature and have a rest from the city noise and dust of highways, then you should come to the yurt camp Ayazkala during this period.