Ustyurt plateau, that is located between the Caspian and Aral seas, had not archaeologically surveyed, due to the complexity of the organization of research. However, it keeps significant archaeological sites and one of them is ancient fortress Alan Kala.

Research works revealed the richness and typological variety of archaeological sites and became the basis on which it was possible to begin work on systematic archaeological study of the plateau as a special historical and cultural region. 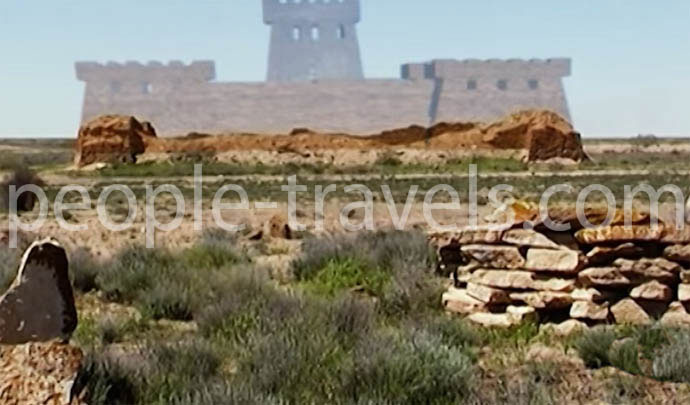 The main focus was on the excavation of the ancient Alan Kala fortress. At the beginning of the last millennium it was a pretty big city, where crafts and trade flourished. However, in 1219 during the Mongol invasion it was destroyed completely. Its ruins are buried under the sand hills with a height of five-story building on the area of twenty hectares.

Since 1971 here were carried out systematic excavations in the central part of the city - the citadel in shakhristan and rabad - trade and craft suburb. Found more than fifteen hundred houses with outbuildings. They are grouped into blocks, each of which consisted of 35 - 45 buildings.

Now we have a clear idea of the interior of the home, which consisted mainly of 2 rooms, with a small stove bench - sufa under which passed from channels that heated bench during the cold season.

Alan Kala fortress is one of the most significant archaeological site in the territory of Karakalpakstan.